Many gamers are all about building their own computers — after all, it’s one of the best ways to get the most value for money out of hardware. Not only that, but this enables you to customize your colors and style in any way that you want. However, not everyone is into building their own computer — some just want to purchase something pre-built and dive right into gaming, no hassle. We certainly recommend going the PC building route — there’s some awesome tinkering and things to be learned in this route — however, there are plenty of budget pre-built gaming PCs where you don’t need to build your own PC.

If you’re one of those that wants to pick up a pre-built gaming PC, follow along below. We’ve listed some of the best out there. Let’s dive right in. 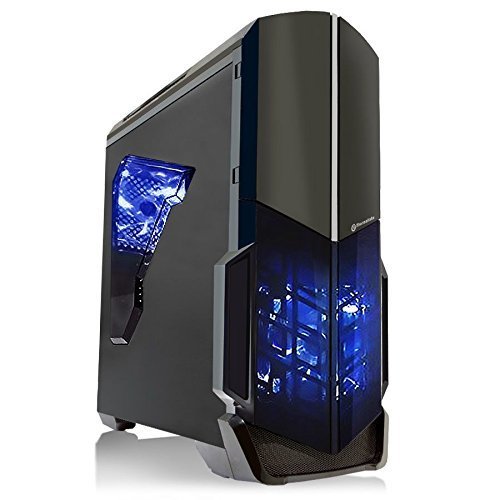 In fourth position, we’re looking at the SkyTech Shadow Gaming Computer. This one is a top choice right now, coming equipped with the power GTX 1050 Ti video card. Even with a powerful card like this, this machine can be had on the cheap. Here’s the specs sheet:

It’s an overall nice machine, but it might not be capable of playing the latest releases on “High” settings. 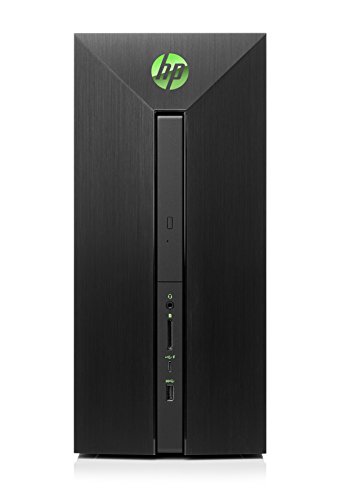 In third position, we’re looking at something from, surprisingly, HP — their Pavilion Premium Gaming Desktop. Despite HP not being a big name in gaming, this budget gaming PC from the company actually works really well. It comes equipped with some of the top hardware on the market — such as the mid-range GeForce GTX 1060. Here’s the list of specs on it:

It’s got some neat specifications, and is something that can easily be bought on the cheap; however, it’s one major con is that it has no SSD to speak of. However, the traditional HDD will provide you with plenty of room for games and software.

Coming up in number five position is the iBuyPower Gaming Desktop, the AM8270EX. This one has some modest specifications in it as well. Here’s the rap sheet:

This one might not be the best machine for playing latest releases at “High” settings, but you should still be able to keep up with them on “Medium” no problem with this hardware.

Coming up in second position, we have another HP Gaming Desktop. This one comes equipped with a GeForce GTX 1060 video card, featuring 3GB of on-board memory. Here’s all of the specs that you’ll get in this bad boy:

That said, you’ll get plenty of performance to play all of the top games available on the market right now. It’s not a bad machine for some professional work either, such as video editing. Not to mention that the Ryzen 5 can be overclocked quite a bit to really put you on the cusp of technology.

Coming up as number one contender, we’re looking at another option from iBuyPower. This is one of the nicer options on our list, featuring one of the more recent video cards on the market — the GeForce GTX 1070. There’s some awesome specifications in this monster:

As you can see, it’s got some pretty slick hardware. You’ll have no problem playing recently released games like Assassin’s Creed: Odyssey or Destiny 2. It comes with some neat customization features as well, such as a case with 16 Color RGB Lighting choices. It’s actually Remote Controlled, so you don’t have to go into propietary software or system BIOS to change the lighting. And with a tempered glass side panel, you’ll get to really see those cool lights as well as all of your hardware.

As you can see, there are a lot of excellent choices out there as far as pre-built Gaming PCs go — any one of these PCs can be quickly shipped to your home, where all you have to do is plug the power in. This way, you can get into gaming almost immediately after the machine arrives on your doorstep.

Do you have a favorite brand or machine for gaming? Let us know in the comments section below.