Tired of buying pre-built computers that have little to know power available in them, essentially leaving you high and dry in an intense video game or when power matters most in, say, video rendering? Then it’s time to put those pre-built machines to the wayside and build something on your own, something that can handle the demands of what you need to put it through. So if you follow along with us below, we’re going to show you the best Z370 motherboard  that you can get for overclocking. Let’s dive right in.

So you’ve already found your processor, but you need a motherboard now. Not just any ol’ motherboard, but one that can handle overclocking for when you really need to squeeze every bit of power out of your processor.

One of the things that you really have to be careful of is compatibility issues between the motherboard and processor. That can be a difficult thing to nail down properly, but by choosing your motherboard first, you should be able to better see what sockets are available to you, and thus can choose a CPU afterwards.

Next up, we’re taking a look at the impressive MSI Z370 Gaming M5 motherboard. This one isn’t expensive nor is it cheap — it’s more of a mid-range point, keeping you well within your budget. This motherboard has four DDR4 RAM slots available, supporting up to a whopping 64GB of memory for your machine. With that amount of memory, any application out there will be able to run smooth as butter.

If you’re looking for raw power, then the ASUS ROG Strix Z370 E Gaming motherboard will be right up your alley. ASUS built this one from the ground up with power and speed in mind, and that’s just what you’re going to get. ASUS has built its own unique and proprietary  FanXpert 4 system, which tailors your overclocking profile to meet your individual demands and puts you in control of just how hard you can push your computer. Designed for high performance and superior speeds, the ASUS Republic of Gamers Strix E gaming motherboard is the next level of digital technology. You can’t go wrong with this bad boy. 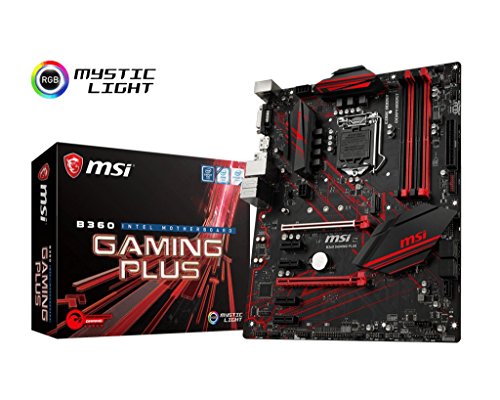 Last up, but certainly not least on our countdown, we’re looking at the MSI Performance Gaming motherboard. This one is another Z370 motherboard, but has the LGA 1151 socket type, so it supports both 8th and 9th Generation Intel processors as well. You get a ton of overclocking features in this board, as well as some gaming-specific features that really make things move along.

Probably one of the most unique things is the studio-grade sound quality, which will bring you the most immersive gaming experience. This board is also VR-ready, bringing you the best virtual reality game experience without latency.

Coming in as one of our favorite motherboards for overclocking, we have yet another ASUS board — the Republic of Gamers Maximus X Hero. This is one of the pricier boards on the market right now, but that’s because it’s built to be pushed to the limits.

Heat here isn’t a big issue, as just like the Strix, the Maximus X Hero comes with the same FanXpert proprietary technology to maximize the productivity of your overclocking and keep your machine running cool. ASUS also knows that you want to keep your motherboard looking sick — that said, using the Asus Aura Sync, you can trick out your motherboard with some neat lighting features.

Coming up first is the ASROCK Z370 Extreme4 motherboard. If you’re already spending tons of cash on high-end video cards, processors, and RAM, you’re probably starting to look at areas where you can save, and the ASRock Z370 Extreme4 is one of those areas. Built for those on a budget, the ASRock Z370 Extreme4 can be obtained relatively cheaply, but still has some excellent overclocking capabilities. This one actually has four slots for DDR4 RAM memory, so you’ll have room for all the RAM you could need for even demanding applications. 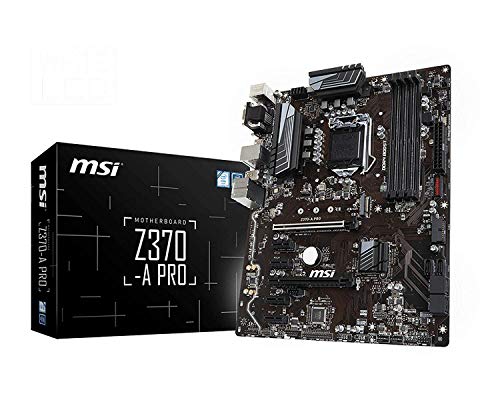 Next up, we have the MSI PRO Series. Supporting the LGA 1151 socket type, you can use both 8th and 9th Generation Intel Core processors. There are four DIMM slots, which you can use for adding plenty of RAM on-board. Video cards are supported aplenty, even offering support for 2-way NVIDIA SLI or AMD CrossFire.

Naturally, you’re going to be able to overclock the MSI PRO Series Z370 motherboard without a problem. You may need a BIOS upgrade after installing for overclocking features to work properly. If you really want to upgrade the system, the Z370 Krait Gaming board is the way to go.

Gigabyte’s own Z370 Aorus Gaming 7 motherboard is a serious contender, too. Overclocking is something that everybody is getting into these days, and unfortunately, some don’t do it right and end up overheating and frying their motherboard.

Gigabyte realizes that and built some neat pre-cautions into the motherboard to hopefully stop that from happening — the Aorus Gaming 7 motherboard supports their proprietary Triple M.2 Support technology that dissipates heat from the board before it causes problems.

To further stop zealous overclockers from overheating their board, it does come equipped with nine temperature sensors spread across the Gaming 7 to sense cooling issues and keep you running at peak performance no matter how hard your session is.

As you can see, there are a lot of excellent motherboards out there for overclocking. If you don’t want to cut corners and make sure that you have the best of the best, the ASUS ROG Maximus X Hero is easily the way to go. You can’t go wrong with its overclocking prowess, nor the sweet appearance it’ll bring to the inside of your computer case.