In the past, Intel used to be the most dominant force when it comes to processors. But since AMD’s Threadripper and Ryzen processors came on board, that dominance has been widely quashed. People no longer see Intel as the outright champion because of the excellent features of the new AMD processors. As Intel brings a new generation of CPUs, AMD also does the same with new Gaming CPU having similar performance levels.

The new 10th generation Intel CPU is comparable with AMD’s Ryzen 3rd generation CPUs. Putting both side-by-side, it may be difficult to choose the right one for your system.

As a result, we have decided to run a couple of tests and benchmarks to see how they perform in each area. We want to know which one of significantly faster and which is better for gaming, photo editing, and other highly demanding tasks. 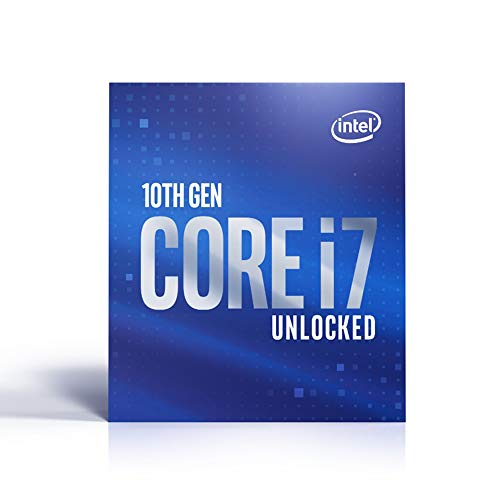 For a clear understanding of the comparisons between these two processor types, it’s a good thing to look at their latest models with similar pricing.

It also delivers ultra-fast performance in the most popular games in the world. The AMD Ryzen 9 3900X has been touted as the world’s most advanced processor as far as desktop PC gaming is concerned.

On the other hand, Intel Core i7-10700K Desktop CPU comes with 16 threads and 8 cores. It supports Intel Octane memory, supports Intel Turbo maximum boost technology, is compatible with Intel 400 series based motherboards, and can be clocked at a maximum speed of 5.1 GHz unlocked.

From the basic features of both Gaming CPU, you may conclude that the AMD, which is 10% cheaper, has better cores and better threads than its more expensive Intel counterpart. But looking at it from a different perspective, the overclocked potential and speed of Intel is better than that of AMD. Truly, in multi-core performance, AMD seems to dominate but when it comes to single-core performance, we just have to give it to Intel.

There are other benchmarks for other 10th generation Intel CPUs and 3rd generation Ryzen CPUs to settle the argument between these two when it comes to supremacy.

Let’s take a look at other CPUs from both brands and see how they compete.

Intel has introduced the i9-10900KF, one of its Comet Lake desktop chips, billed to compete with the newly released AMD Ryzen 3000-series CPUs, known as Matisse. As the Ryzen 9 3900X will be facing off with i9-10900KF, it makes their battle a bit more interesting.

As we’ve mentioned before, the latest AMD 3000 series chip Ryzen 9 3900X came through a 7nm FinFET manufacturing process as it flexes 12 cores and 24 threads, with 64MB of L3 cache.

The processor has a base clock speed of 3.8 GHz and a boost clock speed of 4.6 GHz. At this level, the i9-10900KF is already 2 cores short with lesser L3 cache than its Ryzen counterpart. But it tops the ratings when it comes to speed, with 5.3 GHz against 4.6 GHz for Ryzen.

When we compare the DDR4-3200 result of Ryzen 9 3900X to the DDR4-2666 result of i9-10900K, the latter is about 2.4% faster. This percentage increase may not matter very much for some tasks, and may even disappear in some benchmarking measurements. But any slight increase in speed and performance is always welcomed, especially when you are dealing with high-end games and serious video editing tasks.

Also, the extra speed isn’t a good indication enough whether i9-10900KF will keep up with Ryzen 9 3900X CPU in multiple-threaded actions.

The 10th generation Intel CPU referred to as Ice Lake, is meant to improve performance and provide support for AI

The range of 10th gen Intel core desktop CPU includes the Core i3 levels, i5 levels, as well as the i7 levels, with three levels of thermal designs as well – 28W, 15W, and 9W.

Intel claims with the new chipset, desktop PC performance will be increased by a good margin.

The Gaming CPU offers about three times faster wireless speeds, with both Intel’s integrated Wi-Fi connectivity and Thunderbolt 3. The speed will be greater than 1Gbps.

The system also doubles the level of graphics performance for chips having the Intel Iris Plus graphics. It will also double the speed of FPS gaming because of the 11 graphics architecture.

AI performance will also increase by 50% compared to the 8th generation Core i7 as a result of the Intel DL boost technology.

AMD is also not leaving anything to chance to make sure it stays ahead of the competition. To improve speed and performance, it has moved from 14nm to 7nm architecture, to improve content creation and gaming.

In terms of performance, there is no clear-cut winner as the AMD 3rd generation CPUs lead in multi-threaded performance while its Intel counterpart takes the lead in speed.

If you’re considering between the Intel’s 10th generation Gaming CPU and AMD’s 3rd generation CPU when it comes to value for money, it’s almost certain which one should be chosen over the other. Traditionally, AMD processors are cheaper than Intel processors. Sometimes an AMD CPU offering similar threads and cores with its Intel counterpart will be offered at almost half the price leader here. That’s how affordable an AMD CPU could get.

For example, AMD’s flagship 3rd gen product with 12 cores and 24 threads is contesting with Intel’s Core i9 9920X at almost half the price. It also has less thermal design power but performs 7% faster than the Core i9. It’s even cheaper than the less fancied Intel Core i7-10700K. So, if you are looking for a CPU that can give you a better value for money, it’s obvious that AMD is the

We compared the results of both CPU generations using the Cinebench R15 and R20 benchmarks. To know their performance in GPU-intensive applications we also used the Fire Strike Physics and 3DMark Time Spy CPU.

The multi-threaded performance difference was even more noticeable during the Cinbench R 20 test, as Ryzen took an impressive 22% lead against its Intel counterpart.

However, in the 3DMark test, both Gaming CPU deliver almost identical performance levels, with none shedding the other.

It was a similar performance level using the Fire Strike Physics test with the Ryzen 9 3900X showing only 1% performance improvement than Core i7-10700K.

Going back to the basic versions of the Intel 10th gen CPU and Ryzen 3rd gen CPU, we pitched Core i5-10600K against Ryzen 5 3600X to find out which one is better. We compared both CPUs because they are similarly priced and come with similar features.

Both of them come with the same number of cores and threads. However, the base and boost clocks are different, with AMD taking the lead with 300MHz additional base clock and 400MHz additional boost clock speeds. Also, Ryzen 5 comes with more cache than its i5-10600 counterpart.

Another interesting difference is in the TDP, with Ryzen 5 3600X having 30W lower TDP than 5 3600X. Also, while there is no option for Wraith Spire air cooler for Core i5, AMD comes with the option.

In the Cinebench R20 test we carried out, we had similar results. The Ryzen CPU scored 4% higher than its Inteli5 counterpart in multi-threaded performance while it was defeated by a 5% margin in a single-threaded workload.

Overall, our tests revealed that the AMD Ryzen 3rd generation CPUs are better than their Intel counterpart in multi-threaded performance. But when it comes to single-threaded workloads, Intel takes the lead. Of course, if the price is one of your major considerations, you may have to fancy the Ryzen CPU.