The wait for the third generation motherboard is over, as AMD has brought some serious performance improvement along with the motherboards. In addition to the X470 motherboard, AMD has introduced a newer model called X570 motherboard, which as designed basically for gaming enthusiasts.

But AMD stated that the performance of X470 and X570 motherboards will be similar. Surely, there must be some differences between the two boards, and a user may prefer one over the other.

Our main goal here is to compare the features of the X470 motherboard against its X570 counterpart to find out which one is better for you. We will begin with features and move over to other benchmarks. In the end, the comparison will give you enough information to make an informed buying decision. 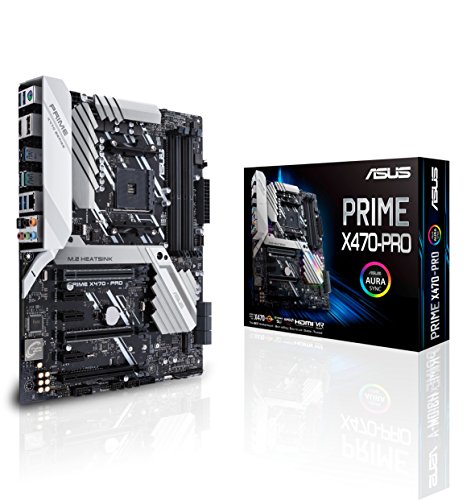 We are going to look at the features of each of the two motherboards and find out the difference between them.

It makes it better in gaming and cooling performance. Apart from enabling you to reach better clock speeds, it also gives you peace of mind, knowing you can do all things effectively with the motherboard.

Another impressive feature is the PCI-E 4.0, which is lacking in X470 motherboards. It’s the upgraded version of the PCI-E, which offers double the bandwidth of PCI-E 3.0. As it stands, it’s only the X570 motherboard that supports this feature.

Presently, with the new PCI-E 4.0, you will get more bandwidth to enable the user to utilize M.2-2 slots without disabling other ports. It’s a big issue with the X470 board and the other versions. So, with this upgraded feature, X570 has been able to solve the problem.

However, this feature is not very important as there are very few programs that utilize the feature. It can come in handy when other processor upgrades have been initiated.

Yes, PCI-E 4.0 is great because it will create room for more powerful SSDs and GPUs to be developed and utilized due to the more impressive bandwidth. But presently, the feature is more or less useless in many systems because even the most powerful GPU cannot make use of the PCE-E 4.0 slot.

Actually, they are still struggling to find something useful with the previous PCI-E 3.0 slot let alone this 4.0 version.

So, although it will come in handy in the future, the feature is not important now. As a result, there is no point counting the PCI-E 4.0 capability in X570 as an advantage over its absence in X470.

Another area where X570 shows its supremacy over X470 is in the area of RAM capacity and memory support. While X470 motherboards are only able to accommodate 3600 MHz, the X570 board reaches up to 4800 MHz and up to 5000 MHz in some instances. That’s a massive improvement in memory capacity for enthusiastic gamers.

Also, X570 motherboards will utilize the precision boost drive better than X470 or another medium to lower-end motherboards. This feature enables easy communication between the VRMs and CPU to find out how overclocking would be carried out without too much stress on the system.

It offers additional headroom which can send more power to the sockets for overclocking. As a result, the processor can operate at a higher clock level for longer periods, which improves overall performance.

With all these said, it’s obvious that the X570 motherboard is perfect for devoted gamers who are looking for better overclocking, multi-GPU support, and the latest technology to make their system more efficient.

However, one discouraging factor for some users, especially those on a low budget, is the high cost of the board. It’s more expensive than the X470 motherboard, even when both of their performances are close. 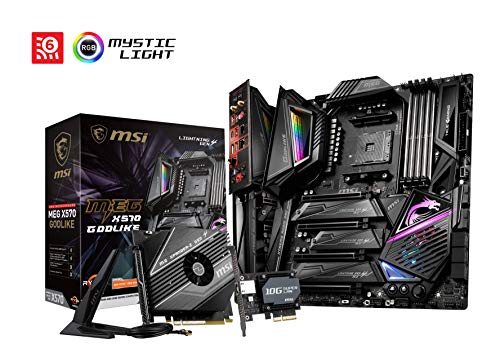 As we have mentioned earlier, the X470 motherboards are not too different from X570 motherboards. The former is also targeted to the enthusiastic users looking for high-end chips for their processors. Whether you are a mid-range of high-end gamer, X470 will provide the entire feature you need. But the X570 board spices up the features and brings in additional features on the table. The additional features may not be necessary for many games.

On the other hand, the X470 motherboards are cheaper than the X570 models, but can still hold their heads high in terms of performance. Almost all types of motherboards with this chipset offer good VRMs for overclocking and multi-GPU support.

The AMD 3000s processors come with about 24 PCI Express 4 lanes. There are four lanes for the quick storage of devices, there are 4 other lanes for increased bandwidth between the motherboard chipset and the processor, and a further sixteen lanes for the graphics card.

Fortunately, the X570 motherboard is the only chipset that offers these 4 express lanes. You are not going to see the Express PCI-E 4.0 feature in the X470 or other motherboard.

It offers another sixteen PCIe 4 lanes for the manufacturers to use for other interfaces and hardware components. For instance, they can utilize about eight SATA 6GB hard disk drives or use two NVMe SSD.

Again, the improved wiring specification for RAM and better VRM on X570 means the user will receive more overclocking capabilities and improved stability than what X470 will provide.

So, in terms of design and ports, the X570 takes the lead.

To understand the difference in performance, we classified the X470 and X570 based on their performance during benchmarking.

We found out that the X570 motherboard toppled its X470 counterpart for the 12 and 16 core processor options. That means if you are buying a processor with 12 or 16 cores, the better motherboard option should be the X570 board.

The X470 motherboard was made for processors with a maximum of 8 core and 16 threads. You can’t get a higher option for the motherboard, unlike X570. That means there are only two ASUS X470 motherboards that can deal with up to 200 amps on the CPU.

AMD doubled the core count when it introduced the 3000 processor series. In the past, X470 possessed the highest quality power stage with IR3555 60A. But with the design of the X570 motherboard, the lowest quality power stage is now SIC639 50A with two stages of power per phase. That means entry-level X570 motherboards are even strong enough to deal with 3950x with no issues.

To make the benchmark foolproof and legitimate, we utilized different iterations of the same motherboard in our comparison. We used the ASUS ROG Crosshair VIII Hero with the X570 chipset and the Crosshair VII Hero with X470 chipset.

Our CPU-Z single-thread benchmark tested the single-core performance of both motherboards. It revealed that the X470 motherboard got a score of 501 while its X570 counterpart was a single point better at 502. The difference is negligible and may not be noticed by even the most enthusiastic users.

We also tested the speed of the processors when using each of the chipsets. We used the AMD Ryzen 5 3600X to test the speed levels. The result shows that the X470 motherboard pulled a score of 4003 while its X570 counterpart performed higher with 4019 points. Again, the difference in performance is not significant, which means you will get similar speed levels with either if these motherboards.

Again, we measured both motherboards to know the rendering speed of the processor. The result showed that both boards have similar performance but X470 is 0.4% better, which is also insignificant.

We ran other tests that show their performances are close to each other. Although X570 won in several areas, the results are very close. This means the X470 motherboard can also do well despite its relatively affordable cost.

So, if you are concerned about the price/performance ratio of the motherboard, X470 will be a better answer for you. However, if you can afford the extra cost to boost performance slightly, you should choose X570 over X470.