Are you looking for a Best VR Ready PCs that will work well with your new virtual reality setup, but don’t know what to pick? You need some pretty strenuous hardware, but luckily, we’ve got a few picked out for you that will work just fine with most current VR setups. Once you setup the software on the PC, you should be able to do VR gaming no problem.

These all work especially well with the Oculus Rift S, which has tons of excellent games that you can play. These computers will work with an HTC Vive as well. And so, without further ado, here are five of our top picks. 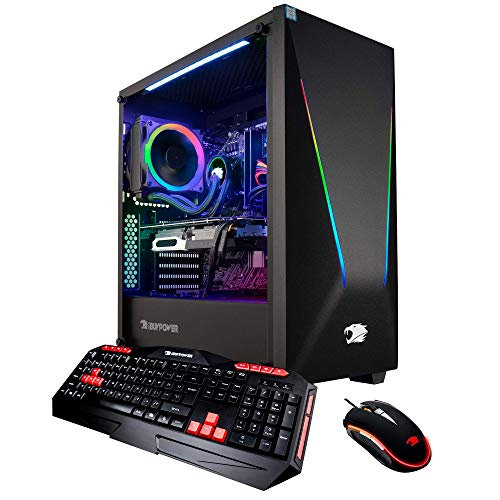 iBuyPower Pro is likely one of the best PCs that you can pick up for gaming of all types. You’ll have no problem with strategy games, action games, or role-playing games. And with a NVIDIA RTX 2070 video card, you’ll have no issue playing all of the modern games on “Extreme” graphic settings. The card itself even has 8GB of dedicated video memory.

All of the hardware you need to start in virtual reality is here. The video card will do you well, and the Intel i7-9700k 8-Core CPU and 16GB of RAM will ensure no slowdowns. You have plenty of space to store games, too. 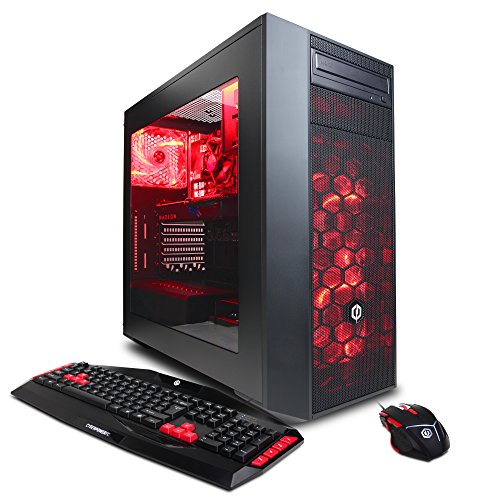 This computer does come VR-ready, and the Cyberpowerpc comes with a neat graphics card that can handle any VR experience perfectly, as well as a good processor so you won’t experience much fps drop. This computer has been the choice for champion teams, such as Team Solomid, NRG, as well as pro streamers, such as Summit1G, Trick2G, and many others.

Another great feature is the free lifetime tech support, and a 1 year labor and parts warranty. This computer also has a clear, see-through side panel, so you can easily show off the interior of the majestic beast called Cyberpowerpc Xtreme.

The easy-to-remove components allow for huge upgrades, so this computer should last you at least four, maybe five years, which is great for computers. This specific computer has also received readers choice award for home desktop PCs. The only downside is that there’s no built-in wireless, it does come with a USB wireless adapter. 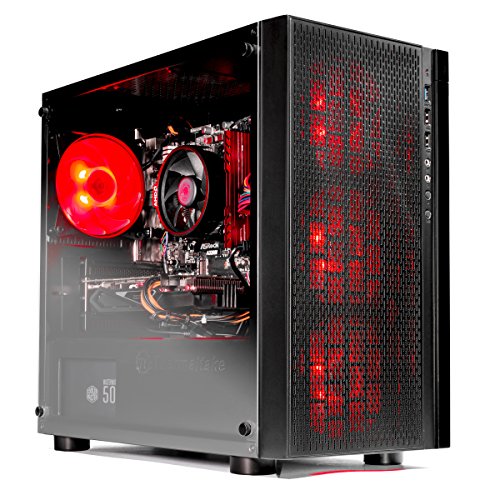 The SkyTech Blaze features a quad-core Ryzen 1200 CPU, 8GB of DDR4 RAM, and a RX 580 video card. While not nearly as powerful as the iBuyPower Pro, the SkyTech Blaze is said to work fine with current virtual reality systems.

You’re certainly not going to be playing games on Extreme settings, but you’ll be able to get around just fine. You do get plenty of overclocking ability here in the event that you need to turn the performance up a notch. And let’s face it: this machine looks pretty sick, too.

This gaming machine isn’t that heavy compared to most, so it’s easier to take around if you need to. I know a lot of gaming computers are usually really loud and sound like they are about to drive off, but this one is said to be quieter than the average room.

This computer can get you through all of the VR missions/experiences, unless you deliberately try to crash it, which isn’t typically an issue, so you should be good to go. Having little to no frame drop is important, because you can get something called VR sickness, VR sickness is just motion sickness, but it’s caused by frame drops, while using a VR headset.

A neat little feature you probably wouldn’t notice at first glance is the great cooling this machine has. It has eight air vents to make sure the heat can get out (and not destroy or melt your computer).

The vents on this machine are placed very strategically, so that they have good airflow, taking as much heat away as possible.This machine also just so happens to have programmable interior lighting, which looks absolutely amazing, whether you choose neon lights that rival the brightness of the sun, backlit, or even rainbow. Whatever colors you decide on, it’s sure to draw attention wherever you are.

This computer seems like it has been built purely with VR headsets in mind. It offers beautiful graphics, barely drops any frames, and it has a no-tool access, making it easier to upgrade to a better graphics card, or better GPU, and so on.

Also, this gaming machine isn’t as heavy as most would be, so just like the previous mentioned computer, if you need to move it or take it somewhere, it shouldn’t be too much of a problem. And while the Lenovo Ideacentre is on the pricier side, it’s entirely worth it with all that you’re getting. And on an aesthetic note, there’s also some nice external and internal lights that spruce things up a bit.

The Lenovo Ideacentre comes with one of the most powerful Nvidia GeForce graphics cards, to make sure that the VR experience you get with this bad boy is all out amazing.This computer does come with interior and exterior lighting, but it is not programmable like that of the Asus Core.

As you already know, virtual reality is a very hardware-intensive activity. Even with the minimum requirements that these manufacturers put out, it’s still not often enough to keep up with some of the more high-end games. That said, buying a higher-end, ready-made VR PC would ensure that you have the hardware for top performance in the VR realm.

So which one of these should you pick up? Any one of these will ultimately work; however, we really love what the ASUS Core offers, even bringing you plenty of room for future upgrades.

Do you have a favorite VR-ready PC? Let us know in the comments section below.