If you’re in the market to buy the right graphics card for your PC build, there are lots of options available. With AMD’s recent surge in the computer hardware market, more users are paying particular attention.

When AMD’s Radeon RX 5600 XT graphics card was launched, many people were wondering whether the graphics card will replace the RX 5700 model. Both graphics cards are based on the Navi 10 die and, they both indeed share other features in common. But they are also very different in many other areas. Our goal here is to compare both GPUs to find out which one provides better value for money.

XT 5700 is also more expensive than its 5600 XT counterpart by a good margin. But as we have seen in other comparisons we’ve done, the price alone does not automatically translate to better performance. Given this, we will look at the features of both GPUs and find out how they perform in different tasks. 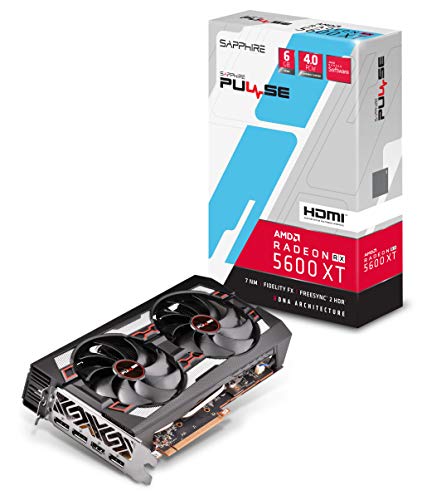 To better understand how each of the GPUs compares against each other, our first point of call should be their features. Let’s take a look at the features of  Radeon Pulse RX 5600 XT GPU before moving on to RX 5700 XT.

RX 5600 XT GPU is designed with the revolutionary 7nm process technology and AMD RDNA gaming architecture. It is equipped with 2304 stream processors with a game clock of 1615 MHz and a boost clock of up to 175 MHz.

Another interesting feature is the industry-leading TriXX Boost technology, which boosts the gaming performance to a considerable extent.

The TriXX feature allows gamers to run their games at a lower resolution.

Generally, the choices for resolution are fixed on small sets of options. But with this innovative feature, extra customized resolutions are generated, depending on user input. This provides better control over the performance vs quality tradeoff.

With the TriXX boost technology, gamers can run games at higher frames per second, which scales up the output image and reduces rendering resolutions.

Apart from being easy to use, the powerful GPU offers a 10% improvement in popular HD games, and an impressive 15% performance improvement in 3D Mark.

On the other hand,  Radeon Rx 5700  comes with Auros engine and intuitive control. Like the RX 5600 model, it is manufactured using the 7nm architecture, which takes performance to the next level. It comes with 5 direct touch copper heat pipes and Windforce 3x with alternate spinning fans.

RX 5700 XT also supports PCI-Express 4.0 technology for motherboards. This is the latest motherboard series, which means you will be equipped with all the right features needed for the graphics card for next-generation gaming performance.

The turbulence is one of the biggest issues with three fans. But Gigabyte solved this problem by turning the middle fan in the opposite direction, which improves heat dissipation. This is where RX 5700 XT performs better than RX 5600 XT.

The 3D Active fan of RX 5700 XT offers semi-passive cooling. To conserve the fan, it generally remains off when you are playing low-power game or when the GPU is in a low load. This makes sure gamers enjoy their favorite games in total silence without the noisy movement of the fans since the system is running on a low-powered level. 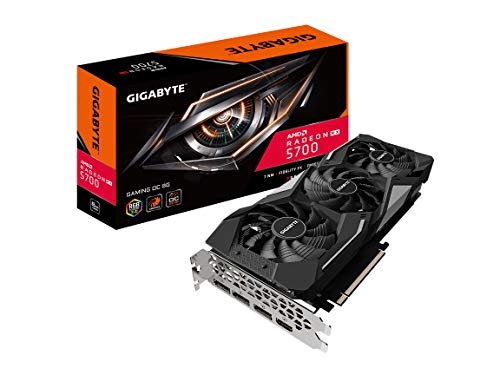 Thermal technology is always an important consideration for any GPU. Fortunately, both GPUs come with the right cooling technology to keep the systems at optimum performance while maintaining a low temperature.

The RX 5600 XT GPU comes with Dual-X Cooling technology, which keeps the VRM components, memory, and GPU very cool at low noise levels. It comes with strong media engines and redefined display features to give any system performance boost for gaming and other high-end computing activities.

Another interesting feature of RX 5600 XT is the pure heat pipes which maximize the direct contact area with the graphics card. To ensure more effective cooling, the heat pipes cover the VRAM via a large metal plate contact.

Together, these features deliver effective heat dissipation to keep the system on lower temperatures while delivering optimum performance.

In terms of thermal cooling efficiency, both the RX 5600 XT and RX 5700 XT have excellent systems. But it seems RX 5700 XT does a better job here.

As with other graphics card comparisons we’ve done in the past, our objective here is to see how each GPU performs at different graphics settings and resolutions. For that reason, our benchmarking focus would be how each of the cards performs on high graphics settings, 2560×1440 settings, as well as 1920×1080 settings. We paired each card with the same type of CPU to make sure our results are consistent.

We tested both GPUs on different games, including Assassin’s Creed Odyssey, The Witcher III, Metro Exodus, as well as Tomb Raider.

Based on the performance benchmark we ran for 1080p, we discovered that both GPUs were able to cross 60fps on ultra settings at 1920×1080, However, the RX 5700 XT model recorded 74 fps as against the 69 fps recorded by 5600 XT. The difference isn’t as wide as expected. That means the RX 5700 XT may not feel faster than its 5600 XT counterpart when used on 1080p resolution. The only way to make it feel faster is when you have a high refresh rate monitor.

While the RX 5700 XT does perform faster than its 5600 XT in several high-intensity games, the difference between both isn’t as significant as many would have expected considering the significant price difference.

Sometimes it’s even more difficult to see the differences in frame rate performance without using frame rate counter. That is how close both of these GPUs perform on 1080p resolution.

But in Monster Hunter, mm was able to dominate and make its extra power felt. It toppled 5600 XT by an impressive 13 fps here. But in other games, the mm was not able to show its superiority enough to warrant the additional price tag placed on the GPU.

When we tested both GPUs in the Witcher, the 5600 XT still recorded an impressive result of 58 fps. However, RX 5700 XT showcased its reliance by hitting 69 fps, which is 11fps higher than 5600 XT. We also tested with other games, and our results were similar to the first. It shows RX 5700 XT is a beast when it comes to its performance on games requiring high resolution.

Price is always going to be factored into your buying decision. When it comes to the financial worth, RX 5700 XT is far more expensive than its 5600 XT counterpart. That’s a fact.

However, what we wanted to find out is the price/performance ratio for both GPUs. We wanted to know whether RX 5700 XT performance justified the additional price tag. From the benchmarking results, we observed that RX 5700 XT was ahead of its 5600 XTsibling by a little margin in games requiring low resolution. But for activities and games that require high resolutions, the RX 5700 XT GPU showed its class.

This means that if you will be playing the latest high-intensity games, RX 5700 XT will come in handy. But if most of your games are played in low resolutions, there is no need spending additionally on the RX 5700 XT, because the 5600 XT will also serve you well.