Most people who are in the market for a laptop would want a piece that gives them the best value for money. There are so many brands and models available, which can lead to a selection headache. Some of these laptops are similar in features, leading to even more dilemmas to choose the right one.

A perfect example of two similar laptops is the ASUS ROG Zephyrus and Dell G3 laptops.

Both of them have a lot in common. They are also unique in their way and have some differences.  If you are looking to choose between the two of them, the best way to get your quick answers is by looking at their features.

As we mentioned earlier, certain features differentiate the Dell G3 and its ASUS ROG Zephyrus counterpart, even though they share some similarities as well. If you’re thinking of picking one above the other, a list of their features and specifications will help make the right call. 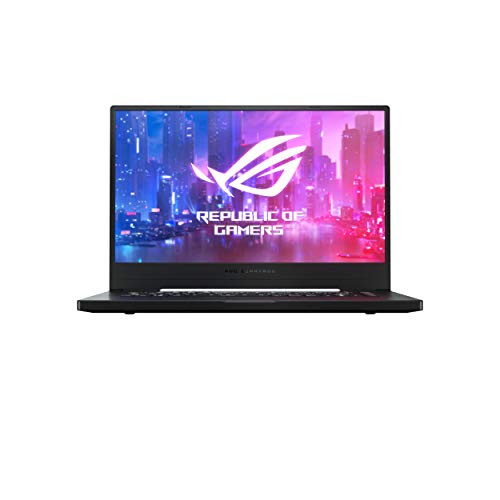 Both the Dell G3 and ASUS ROG are built with NVIDIA GeForce GTX 1660Ti graphics, but while the former comes with 9th Generation Intel Core i5 processor, the latter is equipped with AMD Ryzen 7 processor.

They also have the same solid-state drive of 512 GB, as well as a 15.6-inch display screen.

However, while Dell has 8GB memory, ASUS ROG has twice that size.

From their features, it might seem as if ASUS ROG will perform better because of the memory capacity, but with the AMD processor against the 9th generation i5 core processor for Dell, both come relatively close in terms of performance. 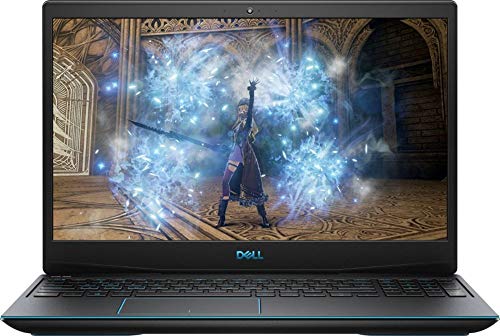 The ASUS ROG is a stylish machine. It comes with a brushed metal finish that is pleasing in the eyes. Some manufactures sometimes go overboard with designs and add unnecessary extensions and logos, but this ASUS ROG is looking simple and elegant.

On the part of G3 15, it comes with a matte-black plastic design. There is a nice curve at both the right and left side of the laptop. The hinge has a glossy black finish with a G3 logo. The laptop also looks elegant like ASUS ROG, so it’s a matter of preference by the user.

In terms of size, both the ASUS ROG and Dell G3 have no difference. They are both measuring 15.8 x 10.9 x 2.9 inches, which makes them portable by all standards.

Overall, it’s a close call between the two laptops in terms of design, so it’s hard to pick a winner here.

Both laptops are suitable for gaming purposes as they come with a lot of ports for external connections. Whether you want to connect your USB devices or otter hardware, there are enough ports for each of the laptops.

For ASUS ROG, there is an Ethernet connection, which balances well because of the laptop’s thickness. Furthermore, there are microphone/headphone port combined, audio jack, 3 USB-As, USB-C with Displayport, as well as HDMI port.

Similarly, Dell G3 comes with SD/MMC card reader, one USB 2.0, and a Noble lock slot. These are placed on the right. On the left side, there are microphone/headphone combo jack, USB 3.1 ports, a dropjaw RJ-45 port, HDMI 2.0 port, and a power jack.

With the list above, it’s obvious Dell G3 has a lot more ports than ASUS ROG, so we give it to Dell G3.

The ASUS ROG laptop uses its hardware to great effect. The same thing can be said about Dell G3.

ASUS can also handle multitasking very easily, and it’s great for gaming as well. However, it seems Dell G3 can handle more power than its ASUS ROG counterpart. When we tested both on Fortnite, G3 was relatively stable and took in all the moves. But ASUS was edgy a little bit. We also opened 15 web pages for each of the laptops. Dell past that test in flying colors with no lag in performance. But we noticed a little delay with ASUS.

If there is an area where we can say both laptops are identical, it’s in their display. They both have a screen resolution of 1920 x 1080p sitting on a 15.6-inch screen. But ASUS ROG is ahead when it comes to sharpness and color clarity.

When we tested both, ASUS came out with 272 nits of brightness against the 262 nits for Dell G3.

ASUS ROG has a responsive keyboard that is good enough for gaming and everyday use. It also has good spacing between the keys. The keyboard feels soft on the fingers and feels almost silent while working. Regarding D3, the keyboard is built specifically for gaming, but it can fit in for everyday use as well. The ASUS touchpad is very responsive and allows you to feel more confident about completing your tasks. But if you’re looking the one with softer keys, then G3 is the answer.