The convertible laptop concept has become very popular among people who seek versatility and don’t want to spend money on two devices when one would do just fine. Today, we are comparing two 13-inch convertible laptops that are guaranteed to make it on many holiday wishlists this year: the Dell XPS 13  and the HP Spectre x360 13t.

The Dell XPS 13 is an elegant, unassuming laptop that seems to be made out of aluminum but is, in fact, plastic. For a recently released laptop, the Dell XPS 13 has rather large bezels around its 13-inch display, and the plastic case has a tendency to give in under the weight of your hands. 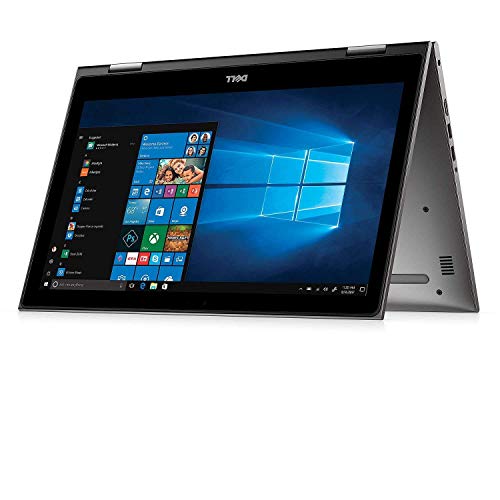 The HP Spectre x360 13t is in an entirely different league. Its case is made out of CNC-machined aluminum and thus far more rigid than the plastic case of the Dell XPS 13. The laptop also has considerably narrower bezels, which add to its premium appearance.

Both laptops carry similar 360-degree hinges that allow them to be used in several configurations: laptop, tablet, and everything in between. Thanks to built-in orientation sensors, the Dell XPS 13 and the HP Spectre x360 13t automatically and reliably adjust the display’s orientation based on the mode you’re using.

Our units came equipped with Full HD displays, and they both reproduce colors with satisfactory accuracy. The HP Spectre x360 13t offers a 4K option, which is slightly brighter than the standard Full HD display. 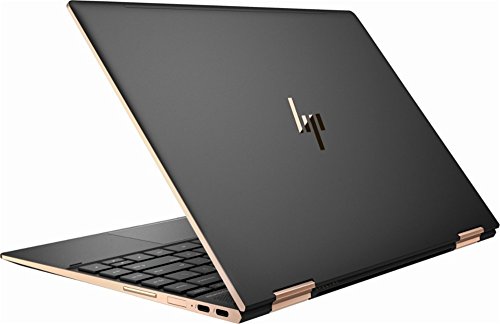 The Dell XPS 13 also offers a 4K option, and we would highly recommend you pay extra for it because the Full HD display our unit came with was unevenly backlit, with significant backlight bleed in the corners.

The Dell XPS 13 comes with two full-sized USB 3.0 ports, one full-sized USB 2.0 port, an HDMI port, a full-sized SD card reader, a power connector, and a cable lock. Unfortunately, the laptop doesn’t seem to be aware that USB-C is now nearly everywhere, which is a shame because it means you probably won’t be able to avoid living the dongle life if you choose the Dell XPS 13.

With the HP Spectre x360 13t, dongle life won’t be an issue because the laptop has two USB Type C ports, one of which is used for charging. In addition to them, there’s also a full-sized USB 3.0 Type-A port with support for “Sleep and Charge,” a 3.5-mm audio combo jack, and a micro SD card reader.

Don’t listen to Apple: a keyboard with virtually no key travel will never be as comfortable as the keyboards on the Dell XPS 13 and HP Spectre x360 13t, which have a key travel of over 1 mm and are a pleasure to type on. Both laptops use trackpads made by Synaptics, and they work perfectly fine and support multi-touch gestures.

Performance isn’t an issue with neither the Dell XPS 13 nor the HP Spectre x360 13t. Equipped with the latest Core i7-8550U CPU from Intel and Intel’s new integrated GPU, referred to as UHD Graphics 620, they can accomplish everything from demanding office work to web browsing to light gaming to running apps like Photoshop or Illustrator.

The HP Spectre x360 13t showed signs of massive throttling due to its default temperature-management settings, which are very conservative and do the laptop more harm than good. But unless you really push the laptop in a hot room, you shouldn’t encounter any major throttling issues. In benchmarks, the Dell XPS 13 did slightly better than the HP Spectre x360 13t, which is hardly a surprise considering what we’ve just talked about.

For most users, battery life is probably much more important than artificial benchmarks. In this area, the HP Spectre x360 13t shines the brightest. You can expect it to last up to 9 hours of mixed use on Wi-Fi, whereas the Dell XPS 13 lasts closer to 8 hours.

Keep in mind that 4K displays are far more power-hungry than their Full HD counterparts, so choose accordingly if you need your laptop to last you the entire day on a single charge.

The Dell XPS 13 and the HP Spectre x360 13t are excellent convertible laptops with ample processing power, great display, comfortable input devices, and long battery life. The HP Spectre x360 13t has more style and has a better feel to it, but its designers had to cut a few corners to make it look as good as it does. The Dell XPS 13 is a well-rounded machine that’s currently available for a very affordable price on Amazon, making it a great choice for people who prefer function over style.