Here we have five of the best heroes you can use to better your chances out in the battlefields of Dota 2. With these heroes, you’ll deal quite a bit of damage with a decent amount of devastating ultimate abilities, while having a good amount of health so you won’t go down easy. Read on to find out exactly what Dota 2 Heroes For Beginners these are and why they are so fantastic, especially for beginners. 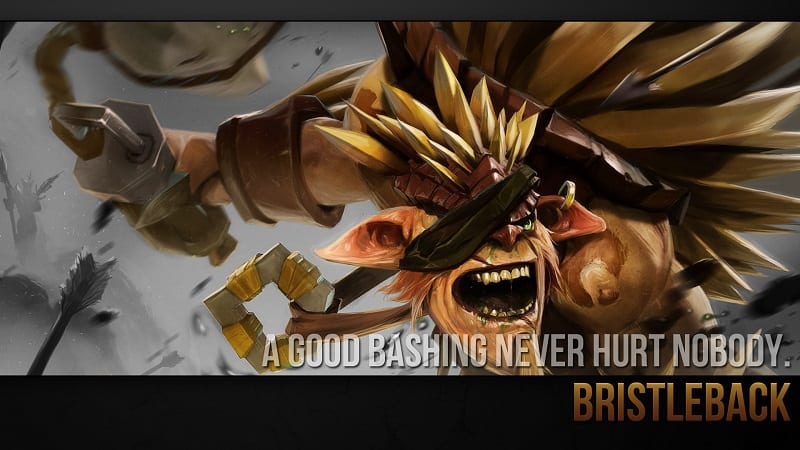 Bristleback is the number one on this list simply because he is the hardest hero to defeat. Because of this, he is the one beginners are definitely going to want to try out.  Bristleback has a lot of health to waste, and he deals tons of damage, which is, of course, to the player’s advantage. He also has few skills to use, and because there are so few, they deal more damage than if he had a variety of them.

As a plus, when someone hits a Bristleback, he shoots guilles back, and these gullies actually end up giving him a pretty awesome damage buff. He also seems to run faster than other heroes if the need arises, so I’m pretty sure he runs track in his free time. His speed alone would make him the perfect candidate for any beginner.

No, not from that one movie, sorry to disappoint. Starting with the easiest hero to play, we have Sven. Sven, in my opinion, is the easiest to play as he deals a fair amount of damage and has a decent amount of survivability. As a plus, he also  has a stun ability so that he can escape easily if need be. This stun ability  will also help you lock an enemy in place, making it easier for him to hit and defeat them.

Sven is also capable of many roles such as Carry, Disabler, Initiator, Durable, as well as the Nuker. Carry and Durable are the harder roles to fill but are certainly not impossible. With a little practice, you can do well with any of the available roles. 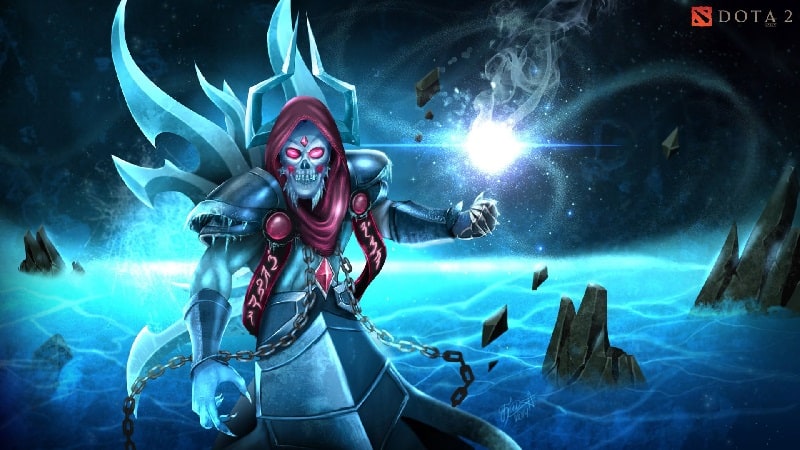 Second on the list we have Lich. The Lich hero can fill just two roles: Support and Nuker, but both of these are great roles for new players to try out. I suggest beginning as a Nuker, simply seeing as the Nuker is easier to play than the Support role. As a nuker, people don’t really depend on you as much to stay alive, so there is less pressure in the matches you play. I recommend the Lich for its ultimate ability. This ability throws an oversized bouncy ice ball, and every time it bounces it does more damage to enemies. Not only is this attack basically epic, but it’s also extremely useful to newer players.

There’s not a whole lot more to the Lich, but if you are just beginning in Dota 2, simple and effective may be exactly what you’re looking for. If that’s the case, then the Lich might be perfect for you. Another fun fact about the Lich you might find intriguing has to do with his long-ranged ice abilities. Along with his ultimate ability, his long-ranged ice makes him one of the better gankers in this Dota 2. This means that he can deal plenty of damage in a short amount of time (awesome), although after that damage spending spree, there’s a cooldown that basically renders him useless until it resets (not awesome). However, if you can wait that out, you’ll be good as gold.

The Sniper is another great hero to pick, especially with his ability to deal a good amount of damage at a long range. Although his health isn’t as plentiful as it may be with some of the other heroes, he makes up for it with his damaging skills. The Sniper can slow down and even stun or lock his enemies in place, giving him the opportunity to shoot the enemy without worrying about having to protect himself as much.

Since Sniper attacks are ranged, he can easily jump in and out of combat making, which makes this a great hero to play for beginners. Let’s also not forget his ultimate ability, which is a long-range devastating attack that deals a lot of damage, just as well as the previously mentioned heroes. The Sniper can fill the roles of Carry and Nuker. Again, for beginners, I personally recommend Nuker because they deal an awesome amount of damage. 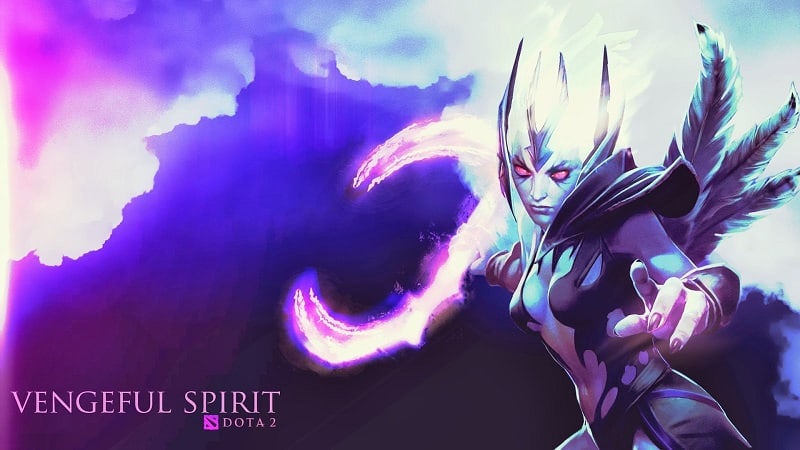 Vengeful Spirit has the skills needed for beginners, plus they are easy to learn (and even easier to execute), which is definitely handy if you’re new to the game. She comes equipped with a debuff that lowers her enemy’s armor as well as a ranged stun, so if an enemy is gaining on her while she is trying to run, she can easily turn around and use said ranged stun. Or, if enemy is running away. she can just as easily stun and lock him, making it easier for her to take him down.

The Vengeful Spirit also has a neat ability that allows her to swap positions with an enemy player, throwing them in a position to be easily taken over by team members. Finally, but certainly not least, she has a passive ability that makes every teammate around her get a damage buff, so they can easily obliterate the enemy currently being fought. With this hero I suggest taking on the role of Support, simply for the buffs. Vengeful Spirit does a decent amount of damage but will do better playing as the Support role.

Now that you’re better equipped to find the best Dota 2 hero for you, you can play with the confidence that you’ll be defeating your enemies in no time. And as a bonus, you now know that even digital fantasy characters run track. In all seriousness though, each of these heroes have unique roles that will set you on the right path to increasing your success in Dota 2.