Everyone wants to have a unique computer case when they build their own PC. They want not only their computer case to stand out, but they want their RGB-lit components to be in full view to show off their creation. There’s nothing wrong with that, but who wants to set that few thousand dollar computer setup on the ground or the desk, hidden away from sight? No, you want it to stand out so that everyone who visits your home can see that computer case in all of its glory.

That’s why you might want to do something unique like wall mount your computer case. Any case can be wall-mounted; it just requires an extra wall mounting system, such as this one. You probably want to stick with mid-tower cases just to keep weight down as much as possible. Coincidentally, mid-tower cases are the most common cases out there and are the most likely to fit current builds with Standard ATX being the go-to motherboard size.

So if you follow along below, we’re going to show you the best mid-tower cases that you can use as a wall mount computer case — remember, you just need that extra wall mount accessory to make these work! Let’s dive right in, shall we? 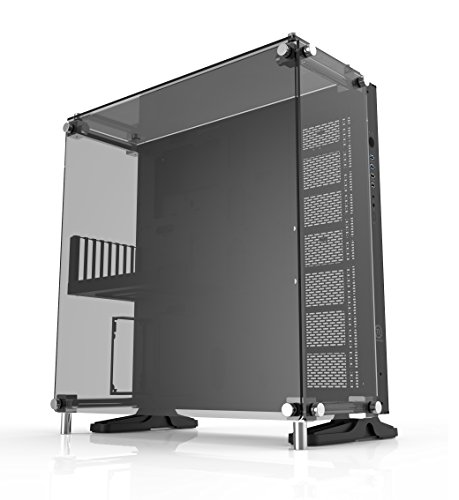 In number one position on our list, we’re looking at the Corsair Crystal Series 570X. This one is a mid-tower case, so it’s not nearly as heavy as a full tower. On top of that, there’s plenty of room for components, and it — of course — supports standard ATX. It’s easily one of the most stylish options out there, with its four tempered glass panels — one on each side, and then a front and top panel.

You don’t have to worry about purchasing additional fans for your build either, and this one comes with plenty — three 120MM RGB fans are included and pre-installed on the front. There’s an LED controller that allows you to change the colors to the fans as well.

Rosewill’s TYRFING ATX case is another excellent choice for those looking to set up a wall mount system. One of the primary benefits to this case is the spacious interior — you’ll have no trouble supporting large size motherboards like ATX, Micro-ATX, and Mini-ITX. You’ll have no problem supporting video cards up to 400mm long, CPU coolers up to 160mm high, and a PSU up to 300mm long.

On top of that, this Rosewill TYRFING case has a beautiful modern appearance. It’s got a glass window on the front of it, which lets you see inside the case. This is nice for any sort of RGB or LED setup that you might be going for.

Thermaltake is up next with the Versa H17. So long as you have the wall mentioned above mount, you’ll be able to use this case with it, no problem. It has a really nice appearance, as it’s designed with a brushed aluminum look. It doesn’t have a window on it, so you cannot see inside the case; however, it does have plenty of space inside for larger video cards and tall CPU coolers.

It supports a smaller motherboard profile, of the Micro-ATX type. 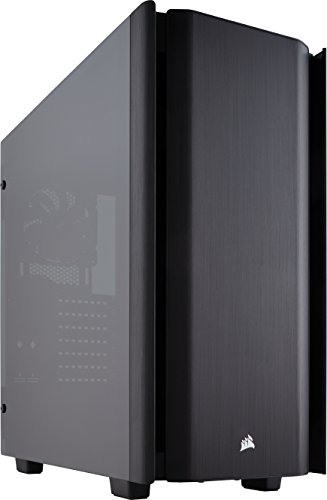 Next up, we’re looking at another choice by Corsair — this time the Obsidian Series 500D. It might not be nearly as transparent, but we think it’s actually just a little sleeker looking than the Crystal series. It has a blacked-out and “stealth” style to it with its darker tones, really solidifying the gaming aspect to this case. It still has tempered glass panes, which are transparent; however, they’re just darkened.

Being a mid-tower case, this one will have no problem holding some of the top graphics cards on the market, actually up to 370mm in length. Similarly, it can hold some pretty large CPU coolers — up to 170mm in height. 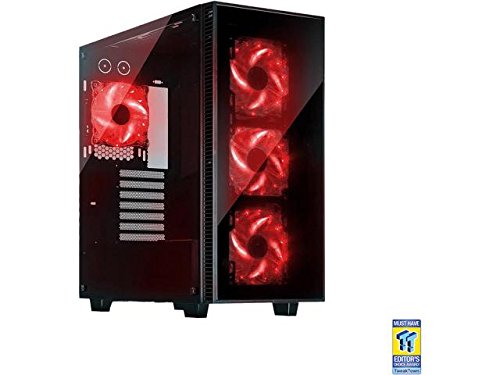 Rosewill is a known brand for budget-level computer cases, but they actually make a nice wall-mountable, mid-tower gaming case. That case is the Cullinan RED case. RED is the primary operative word in this case, as the RGB lighting that comes with it is all red. It’s a mid-tower case so that you can fit some of the more extended video cards and taller CPU coolers in this one without a hitch.

This one is also transparent because of three tempered glass panes. You can clearly see the RGB lighting of your components, particularly when it’s up and wall-mounted in plain sight. This is another one you don’t have to purchase extra fans with, as a bunch comes pre-installed in the case — there’s three 120mm LED fans on the front of the case, and then a single 120mm LED fan at the rear. There’s a fan controller on the case for adjusting fan controls, such as the speed. 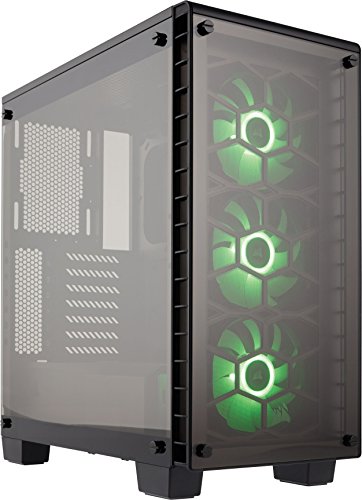 This Crystal Series 460X one comes in as a budget case, but still mid-tower in size. However, Corsair has been able to make this one with a pretty compact profile, so it doesn’t take up too much room, which makes it the perfect choice for wall mounting. This one only has two tempered glass panels — one on each side — so you’ll still get to see the sleek components and special RGB lighting.

It comes with plenty of fans for cooling performance as well — there are actually three 120mm RGB LED fans on the front, which can be adjusted with a LED controller built into the front panel of the case — change colors, fan speed, and more with a touch of a button.

And finally, we’re looking at the Thermaltake Core P5. Another mid-tower case, the Thermaltake, can support some of the more extended, more beefy video cards out there, as well as tall CPU coolers on the market. We really like the Core P5 because it supports the standard ATX format for motherboards. On top of that, it has a couple of tempered glass panes so that you can see all of the neat RGB lighting effects of your components.

If you’re looking for a wall-mounted computer case, then you’ll definitely want to choose a mid-tower option. Mid-towers are already pretty hefty, not to mention when you start filling it with all of your components. That said, for a wall-mounted case, you don’t want to go much more significant than mid-tower, and will want to stay as compact as you can — you don’t want the wall mounting to fail because of too much weight and break your PC.

Do you have a favorite mid-tower case that you use for wall mounting?