Despite often being overlooked, the motherboard is arguably the most important piece of every gaming PC. A good motherboard allows you to make the most out of each component, offers multiple layers of protection against electrical damage, and ensures flawless stability even under heavy loads.

Today, most gamers choose either a 300-series motherboard to support Intel’s latest CPUs or a 400-series motherboard if they want to join Team Red and get a second-generation AMD Ryzen processor. Of course, there’s always the option to stay one generation behind the cutting-edge to save a lot of money without sacrificing too much processing power. 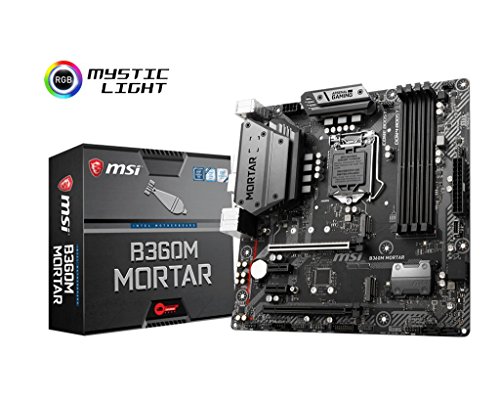 This affordable motherboard from MSI features the B360 chipset, which is a budget alternative to the gaming-oriented Z370 chipset. Its biggest limitation is the lack of support for DDR4 memory overclocking. As such, the chipset is limited to the maximum frequency supported by the Integrated Memory Controller, 2666 MHz in the case of the MSI B360M Arsenal.

Aside from the limited memory frequency, there’s hardly anything missing from this motherboard. MSI included a gaming LAN controller for smooth online gaming experiences, a high-fidelity on-board sound card for immersive audio experiences, and twin M.2 slots running at PCI-E Gen3 x4 to maximize the performance of NVMe-based SSDs. 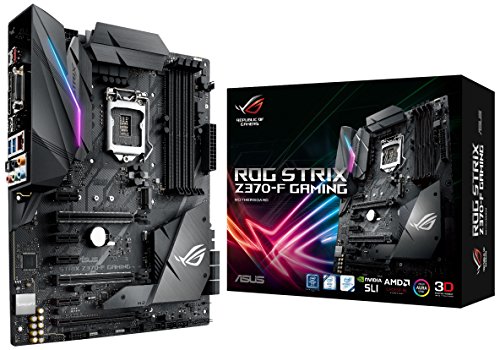 The Asus ROG Strix Z370-F Gaming is a formidable motherboard with gaming-inspired aesthetics and an assortment of performance-oriented features to help you squeeze every MHz of performance out of 8th generation Intel Core desktop processors. It has two M.2 Socket 3 Type M ports, two fast PCIe 3.0 x16 at x8 mode slots, and support for DDR4 4000 MHz memory.

The board features Asus 5-Way Optimization technology, which dynamically optimizes essential aspects of the system with a single click, providing overclocking and cooling profiles that are tailored for your rig. But if you like to individually control each parameter of your system, the Asus ROG Strix Z370-F Gaming can accommodate you as well.

As is the case with most Asus ROG components, you can customize the look of this board using the built-in Asus Aura RGB LEDs. There’s a wide range of presets to choose from, and you can, for example, change the color of the lights based on the current CPU temperature. 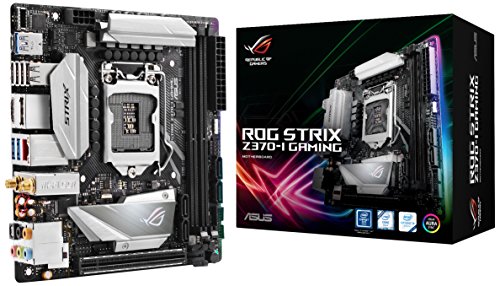 There are dual M.2 slots for up to 32 Gbps of PCIe bandwidth, Intel v219 Ethernet, Intel 8265 2×2 802.11ac Wi-Fi, SupremeFX S1220A gaming audio with Sonic Studio III technology, Asus Aura RGB LEDs, and more. Like all Asus ROG motherboards, the Z370-I stands out with its comprehensive cooling controls and excellent overclocking capabilities. With all memory slots populated, the Asus ROG Strix Z370-I Gaming is able to sustain memory speeds of DDR4-4333 and beyond without any stability issues. 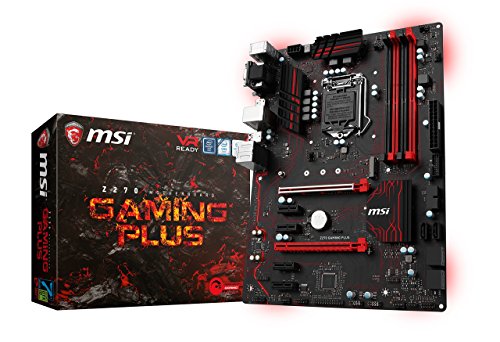 Choosing the Z270 platform over the current Z370 platform is a great way how to save money without sacrificing too much performance. There’s a thriving second-hand market with 7th and 6th generation Intel CPUs, all of which are supported by this motherboard.

Naturally, an older motherboard won’t come with all the latest and greatest bells and whistles. For example, the MSI Arsenal Z270 Gaming Plus has the rather old Realtek ALC892 audio codec, which doesn’t quite hold up when compared with what the current generation built-in sound cards offer. Apart from this small flaw, which can be easily solved with an external sound card, the MSI Arsenal Z270 Gaming Plus is a well-rounded motherboard for last-generation Intel CPUs. 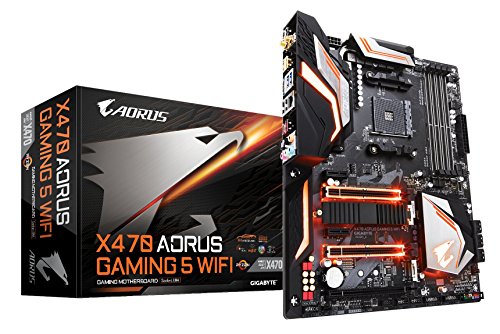 AMD is on a roll, and its second-generation Ryzen processors provide plenty compelling arguments for buying an X470 motherboard. The Gigabyte X470 Aorus Gaming 5 isn’t as expensive as many other Ryzen motherboards on the market, but it has everything you need to enjoy a fantastic gaming experience.

Thanks to AORUS M.2 Thermal Guard, the motherboard is able to eliminate throttling and bottlenecks from M.2 devices by dissipating heat before it becomes an issue. You can also customize the look of your Gigabyte X470 Aorus Gaming 5 motherboard using the RGB Fusion LED system, which supports either 5v or 12v digital LED lighting strips and up to 300 LED lights.