Surface Laptop 3 was launched on October 22, and there is already so much fuss about it. It comes with a couple of great features that will be beneficial to different types of users. However, it shares similar characteristics with Dell XPS 13 laptop. XPS 13 is also a new product and the talk of the town too. The rivalry between Surface Laptop 3 vs Dell XPS 13 has seen them pitched against each other for supremacy. They are both great gadgets for their power and reliable performance. However, one may be better than the other for a particular user.

If you are a graphics designer, you could have a different choice than another user looking for a gaming laptop. So, before you decide which of the laptops is well worth your cash, it’s essential to understand their different features and their strongest points. We will help you here with their features and performance information. In the next subheadings, we will provide a detailed comparison between Microsoft Surface 3 Laptop and the Dell XPS 13 laptop.

Both of these laptops come with adequately sized precision touchpads. Just like other Microsoft models, this model has a touch-enabled display, and you can use the surface pen for drawing on the screen. Similarly, XPS13 comes with both the non-touch and touch display.

However, XPS 13 is lighter, smaller, and provides Full HD options. The keyboard Keys Travel with 1.3 mm and relatively soft to type. It makes it a suitable model for users that spend a lot of time on the keyboard. The keys on the keyboard have 3-stage backlighting, which you can experience with all models of the laptop. But this backlighting feature is not available on the sandstone model, which has lesser contrast than other models.

The XPS 13 keyboard is tougher on the fingers than the Surface model. If you are working for a considerable amount of time, the Surface keyboard is better for extended use.

The built quality of both the Microsoft Surface 3 and XPS1 laptops are on point. The Surface Laptop 3 comes with an all-round aluminum, except for the Alcantara fabric model. On the other hand, the XPS 13 is designed with carbon fabrics and metal. The two types of laptops are reliable because of the quality built material.

And in particular, Microsoft did a small upgrade on the surface laptop. In the past, users have complained that the Surface 2 (previous version) is impossible to upgrade or repair. But, it’s now possible for service centers to access the laptop’s components by removing the keyboard tray. The XPS 13 also has a similar feature, where users can repair or upgrade their system when they want. 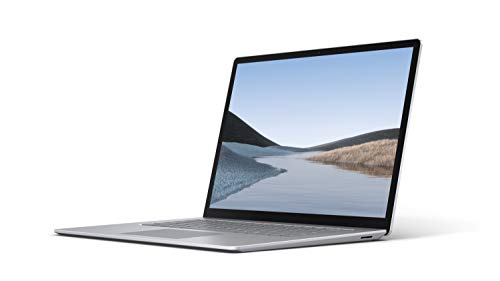 Surface Laptop 3 has been upgraded from its previous model. Now, it comes with sculpted keys, a 19mm pitch between the keys, and 13 mm of travels.  XPS 13 laptop also has a snappy keyboard, precise mechanism, and sufficient travel, just like its previous model.

From these features, the Surface 3 laptop and the XPS 13 are, without any doubt, portable and classy laptops with superior performance. They are already among the best ultrabooks you will see in the market right now. This is undoubtedly how function and form can share a perfect balance.

Surface Laptop 3 has a similar design to the previous Surface laptop model. It comes with a 3:2 ratio display with a 13.5-inch screen. On the other hand, the XPS13 laptop has a 13.3-inch display screen and comes with a tiny chassis. It also comes with its trademark bezel and an attractive body.

For instance, the other Surface model has a red color, which is not available in this model. Presently, the Surface 3 laptop has four color options, which include blue, silver, gold, and black. Both the gold and black colors do not have the trademark Alcantara fabric. They are built with aluminum keyboard decks.

Although the two laptops have outstanding displays, the XPS 13 gives you more choice, including superior 4k display, sharp colors and contrasts, and full 1,920×1,080 HD displays.

The 4k high resolution on XPS 13 supports HDR video. It gives it a brighter outlook. And the good thing is, the resolution also supports Dolby’s vision. This vision is most commonly available on TVs, but it’s an excellent development that Dell has now made that possible on laptops with this XPS 13 laptop model.

For Surface laptop 3, it offers a more prominent 13.5-inch display with a high resolution of 2,256 by 1,504. The previous surface laptop models have had standard color support but an excellent contrast. This model will be no different.

The XPS 13 laptop comes with two different camera options. It has an Infrared camera with 340 by 340, for Windows Hello authentication. There is also the Top-mount version with 1280 by 720 (0.9 pixels) and a fixed-focused lens.

On the other hand, Microsoft Surface 3 has 720HD front-face camera with Windows face authentication. The two-camera features are great, but Surface 3 offers more security protection.

Well, this is where it becomes a bit difficult to choose which laptop to buy when it comes to performance. The fact that both laptops have super processors makes it even harder to decide. However, even if they are using similar processors, there have to be some differences in their performance. Let’s look at what both offer in terms of performance.

The surface laptop 3 makes use of AMD Ryzen processor, although there is another Surface 3 model with Intel’s’ Ice Lake 10nm processor. The Intel processor runs legacy programs faster by providing increased IPC. Also, the processor uses the latest Iris-Plus integrated graphics, which improves overall performance. Because of the strength of the processor, the laptop will be suitable for complex tasks, including graphics design and high-intensity gaming activities.

On the other hand, the XPS 13 laptop comes with the Comet-Lake 10th generation processor. It offers higher clock speeds and better core counts. However, the processor makes use of older architecture. But it’s still possible to upgrade to a higher core processor like the i7.

Surface Laptop 3 has an AMD Ryzen processor with 128GB SSD and 8GB of RAM. On the other hand, the XPS 13 has an Intel i3 Core processor with 256GB SSD and 8GB RAM. The Surface laptop has improved performance and speed, which is far better than what is available with the previous Surface 2 laptop model.

Surface Laptop 3 has an improved trackpad, which is an improvement on the previous Surface 2 model. It is a bit larger and quite visible in photos.

The graphics for both Surface laptop 3 and XPS 13 are relatively high for virtually all types of tasks. They also have different versions to meet the needs of different users. XPS 13 has 8th generation processors with three different core options, such as i7-8565U, i5-8565U, and i3-8145U. The processors have Intel UHD graphics with 300 MHZ that can reach up to 1.15 GHz.

On the other hand, Microsoft’s Surface 3 laptop both has the Intel Core and AMD Ryzen processors. The Intel core is a 10th generation processor with 300 MHz capacity. It can also reach the 1.10 GHz capacity, as well. For the Ryzen processors, there are the 7 3780U and the 5 3580U versions. They both come with 1400 MHz, 11 GPU cores, and Vega 11 graphics.

MD Ryzen is the only AMD processor that can give Intel a run for its money. However, Intel is still the better standard because of its solid built for performance. But if you want a Microsoft product with an Intel processor, there is good news. The Surface 3 laptop comes with both AMD Ryzen and Intel i5 versions only that you have to pay extra for the Intel version. 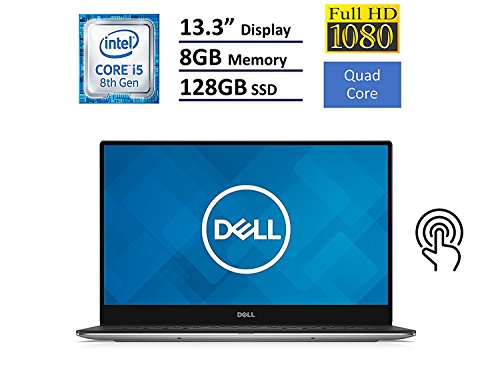 The laptops have not been thoroughly tested for their battery life, which is a vital consideration for durability. However, Microsoft claims the battery for its Surface laptop 3 lasts for 9 hours under regular use. That’s about the same battery life as the Del XPS 13 laptop. But when it comes to the capacity of the two systems, the XPS 13 has more substantial features that may drain the battery faster than the Surface laptop 3.

Apart from size, Microsoft also adjusted the trackpad click system. It makes typing on the keyboard a bit less noisy, giving it a softer feel on the fingers. The trackpad feature on the Surface 3 laptop is the best among other systems with windows 10 operating system.

The audio feature of Surface laptop 3 is not the best. When you raise the volume to 60 and above, you may experience a bit of distortion. However, it comes with an excellent ambiance for audio for music and videos. The non-visible speaker mechanism used on the laptop makes the audio very responsive. It feels like the sound is coming from the keyboard, which is quite impressive. That is an innovation that is lacking in the XPS 13 laptop.

But the XPS model has its audio benefit as well. With its Alcantra feature (lacking in Surface 3), the user can experience a highly filtered sound that doesn’t distort even at the highest volume. The audio performance is a result of the cloth speaker membrane because of the Alcantra feature. Also, XPS 13 has an advantage over Surface 3 because of its rotational flexibility. It provides better usability comfort when using the laptop.

If cost is one of the main criteria for you, it’s evident that the Microsoft laptop is cheaper. And considering that you can get almost the same performance with the laptop even gives it a strong case against Dell’s XPS model. The cost of each laptop also depends on the type of processor. Intel’s version of the Microsoft laptop is as expensive as the Intel version of the XPS laptop. However, if you are looking for a less expensive version but with reliable performance, you can settle for the AMD Ryzen processor on Surface 3 laptop.

We’ve seen the general differences between Microsoft’s Surface 3 laptop and Dell’s XPS 13 laptop. They share standard features and performance levels, but still different in many ways. Their differences are not much because they both have a superior feature to meet the needs of different types of users. But when it comes to design, Surface 3 beats the XPS 13 laptop by miles. It’s also less expensive, especially if you’re considering the Ryzen processor version. But performance-wise, we will give it to the XPS 13 laptop. It is also more portable than the Surface model.

They are both necessary for those who run highly complex tasks like video editing. From their performance features, it’s obvious they are both excellent choices for multitasking and highly demanding jobs. The laptops are relatively new, and we have not tested them enough in terms of performance. But it’s a close call between them already. And the most certain thing is the fact that they are both fast and very efficient in several tasks.