So you’ve picked out your motherboard, your i5-9600k processor, and your PC case, but now you need some components to keep your processor and CPU socket safe from heat output. To do that, we usually use an air CPU coolers for i5-9600K. Most on the market right now will work for all Intel and AMD sockets, but you need to make sure that you’re getting a quality cooler for the demands that you expect out of it. With a good cooler, such as when doing overclocking, you could easily see poor heat dissipation, and even the CPU shutting the computer down to save components from overheating, such as itself.

That said, a good CPU cooler is imperative. Not sure what the best air CPU coolers for i5-9600k are? We’re showing you nine of our top picks below. Let’s dive right in! 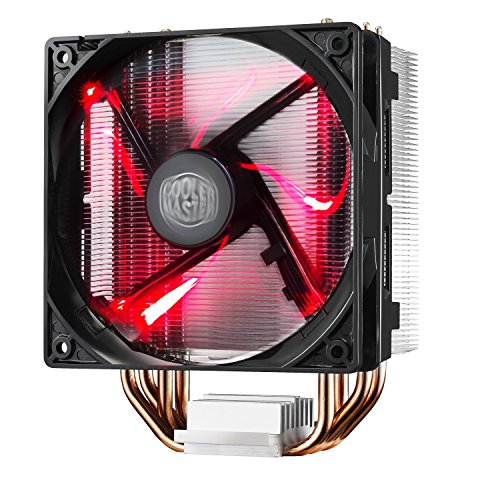 The Cooler Master Hyper 212 is up next. If you don’t have a whole lot of money to spend on a high-end cooler, then the Cooler Master Hyper 212 will be right up your alley. It’s able to easily keep up with the higher heat output of demanding applications and processes like gaming, programming, video editing, and other daily tasks. This one is actually built with several heat pipes that make direct contact with the CPU, dissipating heat at a quick pace. It’s super affordable, too — a couple of dollars will get you this one over the many premium coolers. Now, this cooler is made out of cheaper material — and definitely doesn’t feel premium when you pull it out of the box, however, don’t let that fool you, the Hyper 212 is an excellent performer 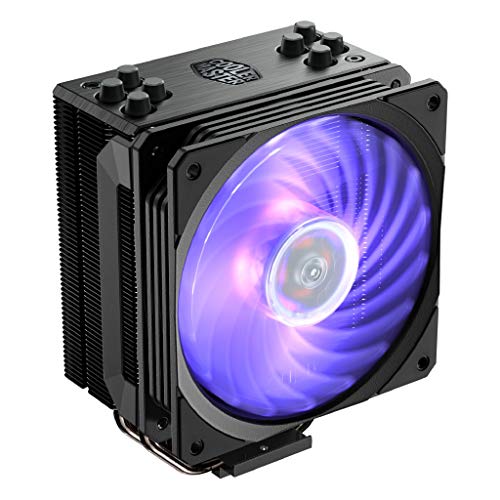 Cooler Master is a big name brand when it comes to PC parts and cooling hardware. That said, the RR12S will work to keep any processor as cool as possible. The fan is 120mm in size, so it’s fairly average. It is, however, designed for a variety of socket types, including the latest LGA 1151. That said, it’s use is extremely versatile.

With Direct Contact Technology built into the fan, you’ll actually keep heat away from your CPU with four direct heat pipes. They make contact with your processor to provide excellent heat dissipation effectively. That said, you aren’t going to be having any overheating issues with this fan. 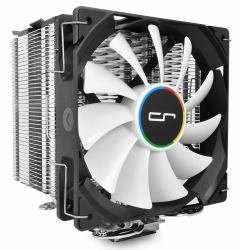 Cryorig’s H7 Tower Cooler is an excellent option as well. This one is a pretty big cooler, aimed for tower cases. Even then, it can fit in many standard cases just fine but it will take a little bit of extra work to get the fitment just right. That said, its cooling capabilities are excellent — it’ll keep your i5 running at cool levels without any problems — whether you’re trying to push games out of this quad-core processor or do some programming, the i5 will stay cool at all times with this processor. 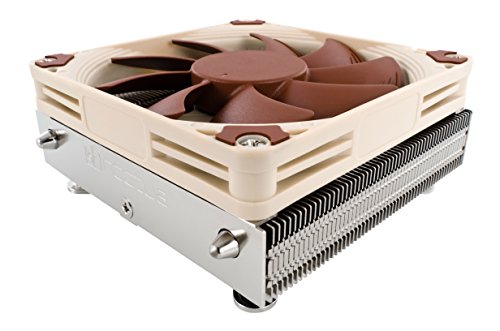 The Noctua NH-L9i isn’t a bad choice either, providing your CPU with premium cooling abilities. We really like this one because it is an ultra-compact low-profile cooler — you actually only have 39mm in height here. So obviously, you can use this board for regular boards, but on top of that, this can fit in smaller form factor builds, such as HTPCs, ITX, etc.

Additionally, there is a 100% compatibility with your RAM and PCIe slots. That’s because the Noctua was built with no overhang, and as such, you aren’t sacrificing room for your RAM or PCIe slots.

The Noctua can be a little on the noisy side; however, that’s why it comes with a low-noise adapter for automatic speed control and ultra-quiet operation — particularly nice when doing things like overclocking. 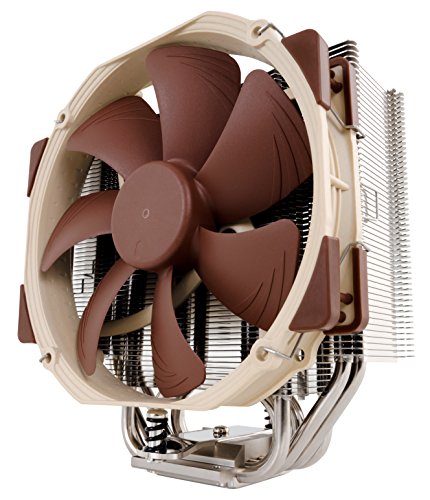 Next, we’re looking at the Noctua 14cm U-Series Single Tower CPU Cooler. This is a reasonably unique cooler, as it comes in at a whole 150mm in size. That’s massive, but it’s more than capable of keeping your i5-9600k cool, even under heavy loads, such as high-end gaming, video editing, or when you’re pushing your CPU to the limit through overclocking. The beautiful thing about this one is that it comes with everything you need to get up and running in a jiffy — your heat sink, a clear instruction set for installation, and so on. Just make sure that your case will be able to fit this CPU cooler, as it is rather large and will be challenging to fit in smaller systems. 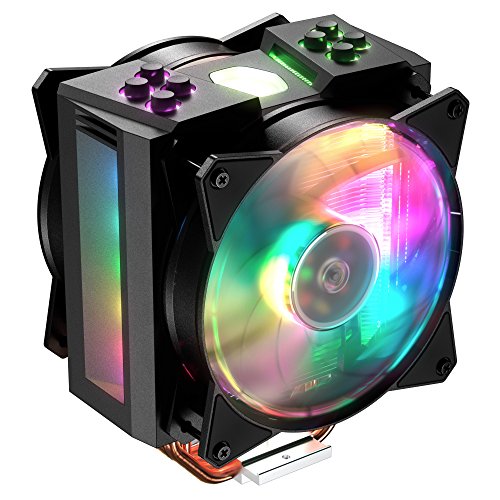 In number one place on our list, we have the MasterAir MA410M by Cooler Master. This is a great way to keep your processor cool, even under heavy overclocking loads. This option from Cooler Master has something that it calls a Thermal Detection Sensor — these sensors monitor your processor’s temperature levels, and then uniquely displays the temperature through color lighting effects.

Thus CPU cooler has another neat technology — Continuous Direct Contact Technology (CDC). This technology compresses the heat pipes together, and as a result, this air cooler can cover 45% more surface area on the cooler base. That means you’re getting better heat dissipation, and ultimately, can keep things cooler under heavier loads. 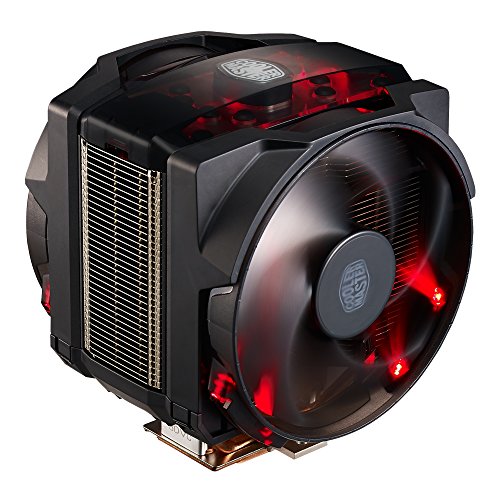 If you don’t like the budget level pricing of the Hyper 212, then you might want something a little more high-end, such as the MasterAir Maker 8. This one is unique because it comes equipped with some excellent technology, the 3D Vapor Chamber. It offers superior cooling over your standard CPU cooler, keeping your components a whole lot safer. With eight heat pipes on this cooler, heat dissipates really quickly. If you’re doing a lot of overclocking, high-end gaming, programming, video editing, and so on, the MasterAir Maker 8 will have no problem keeping you safe from heat problems. 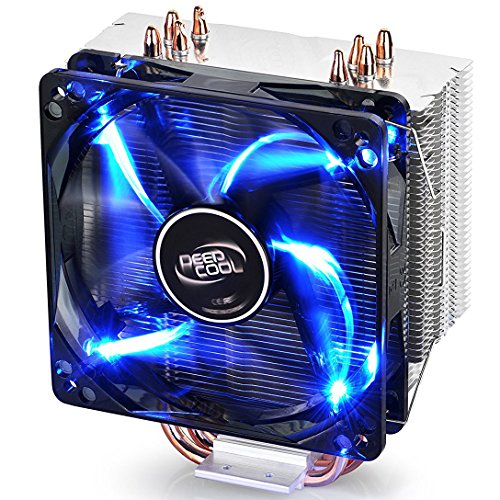 Next, we have the DeepCool Gammaxx 400, an air CPU cooler that will be the most ideal for the average consumer. This one has a universal fit, working with the majority of motherboards and cases on the market. Got an Intel socket? An AMD socket? The Gammaxx 400 can fit either one. It should work with any PC setup that you have going for you, whether you’re using standard size motherboards or micro motherboards. Not only that, but it’s offered at an affordable price that most should be able to swallow. 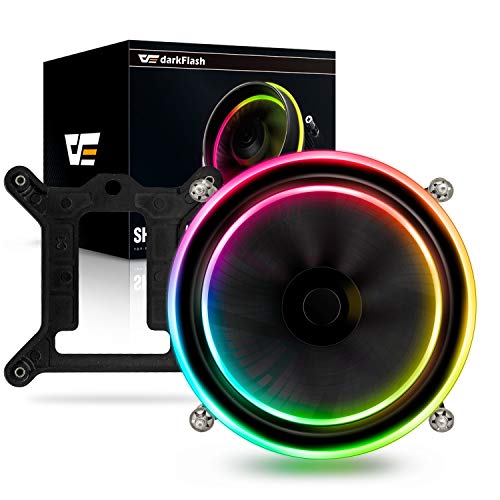 If you’re looking for a cooler than you can rely on, an excellent air cooler would be the “Shadow” by darkFlash. One of the most attractive features here is the integrated PWM function.

This works nicely worth ASUS boards, which have internal overclocking tuning. That said, the PWM function in this cooler is a way to automatically adjusts fan speeds according to the CPU temperature.

So, if CPU temperature is getting hotter, PWM makes sure that your processor stays super cool. That said, you never overheat, even when overclocking.

If you’re trying to create an almost noiseless system, this is an excellent choice. darkFlash has worked to make sure fan noise is minimal. Additionally, the darkFlash can show you how hot your CPU is via RGB lighting. 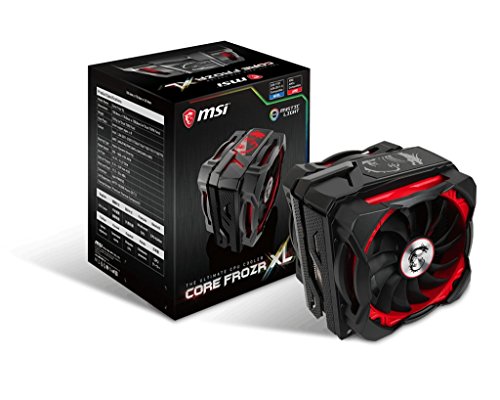 You, of course, cannot go wrong with a classic. MSI has something called the Core Frozr XL, which acts as a regular CPU air cooler. The choice from MSI actually has pretty good capabilities inside, bringing you the company’s own proprietary AirFlow control technology. This works to give you better cooling and airflow on your processor, which is especially important during heavy loads. The Airflow control technology actually uses small indentations in the aluminum fins to direct more airflow onto the heat pipes for better cooling. 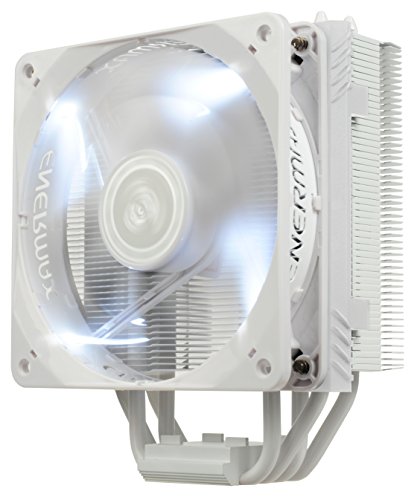 Up next, we’re looking at the Enermax ETS-T40. If you’re looking for a low profile air cooler that can still bring you all of the power, this one will be right up your alley. Working with the LGA 1151 socket type, and thus your Intel i5-9600k, this is actually a pretty versatile cooler. It should actually work with most 8th and 9th Generation Intel CPUs on the market today.

It has an aluminum extrusion design, but on top of that, this one actually has four 6mm high performance heat pipes to improve heat conductivity. This ultimately gives you better cooling performance when it comes to things like overclocking.

There’s actually a lot in this air cooler to make sure that you have perfect heat conductivity. It has something that Enermax calls unique TCC (Thermal Conductive Coating) on the heat sink itself, which creates a better velocity of thermal transferring and to prevent oxidation. On top of that, it comes with high thermal conductivity grease to ensure the best thermal conduction between the CPU and the heat sink. Suffice to say, you’re never going to have an overheating processor here.

So, we’ve shown you eleven of the best air CPU coolers that you can pick up for your i5-9600k. So, which one is right for you? That can be a hard question to answer, but can easily be solved by deciding what your plans are for your new PC. If you’re looking at seeing what the limits of your i5 are — such as through overclocking or high-end gaming — then you’ll definitely want to look at a DeepCool Gammaxx 400 or the Cryorig H7 Tower Cooler. Both are dependable and reliable, but if you don’t want to spend more than a couple dollars on something, any one of the other budget coolers will do a fine job at keeping your new i5 cool.

Do you have a favorite air CPU cooler for the i5-9600k? Let us know what it is in the comments section below!