There used to be a time — not so long ago, either — when you could only access the internet from your own home. This was still a different era when desktops were all you had, and you had to like it. Then, laptops came to be, and people started carrying their computers around. Soon enough, new inventions like Wi-Fi, tablets, and smartphones followed, leading us to the modern-day, where we can access the web at any point, and at any time.

If you need the internet on the road, you could simply turn on your phone, enable hotspot, and connect via laptop. However, it wasn’t long before people grew tired of this method. Their phones would not last long, and depending on the package they had — their internet wouldn’t either.

This is why LTE laptops were invented, enabling you and everyone else to remain connected to the web at all times, only depending on a single device. These were the beginnings of modern-day mobile computing, which continues to develop and involve, bringing us light, thin design and convertible form.

As a result, we now have thin, easy-to-carry, and easy-to-use laptops that always have internet access, and can let you browse the web at any time. Here are some of the best of them that you can find in 2020. 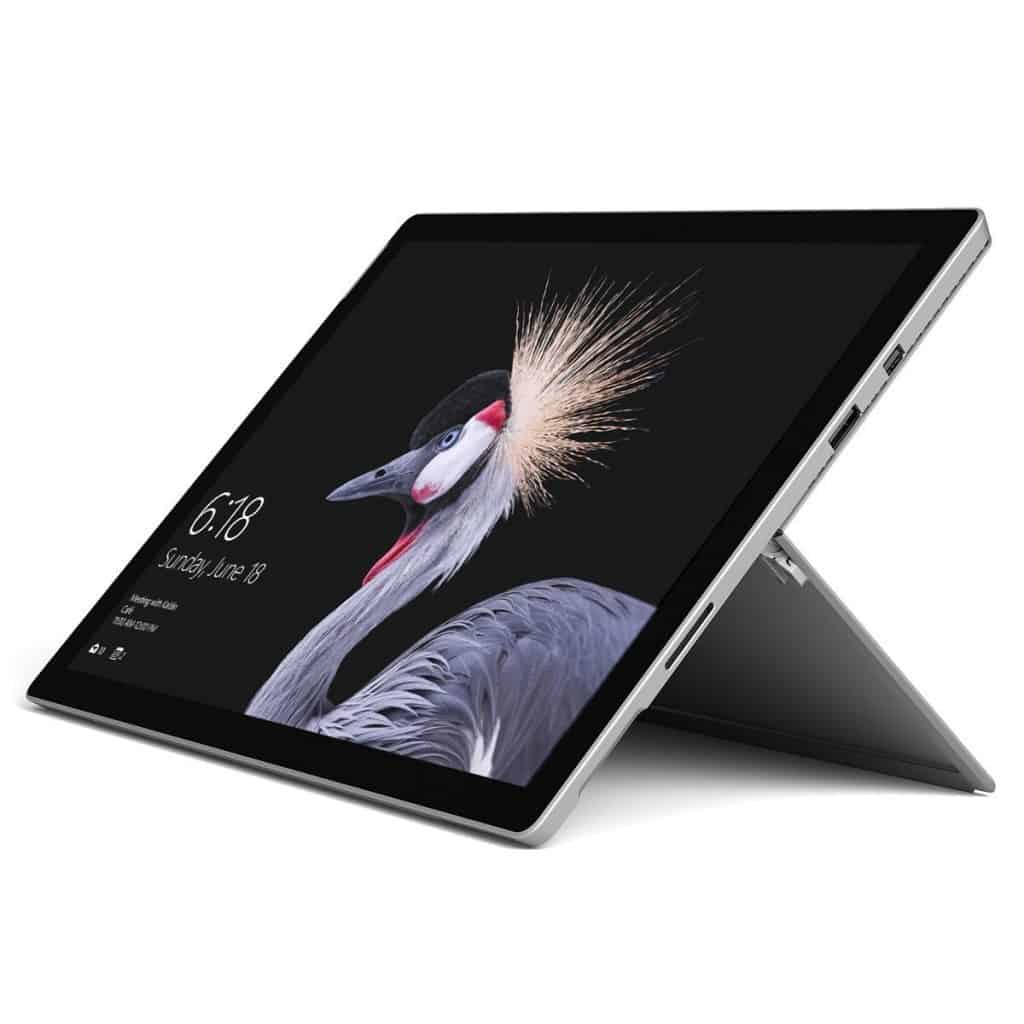 The first on our list is Surface Pro. Now, this solution does not have the largest screen, but it is more than solid in other areas. It is a Microsoft-designed device, and it is important to note that only one model in the set supports LTE — Core i5.

This particular model is a bit pricier solution, and it currently costs $1,187. It should also be pointed out that it does not fall under the ‘always connected’ category, which has an impact on its download speed.

The processor has an integrated HD Graphics 620 component, which, naturally, handles the graphics. It also features a 256GB SSD and is powered by a battery that should last you around 12.5 hours of video playback. It includes a full USB-A port, a Micro SD card reader, a headphone jack, one Mini DisplayPort connector, a Surface Connect port, and a Surface Type Cover port, which is sold separately.

In addition, this model’s connectivity is handled by Wireless AC, Bluetooth 4.1, as well as the reason why it made a list — a 3G LTE Advanced cat 9 modem, that features a download speed up to 450Mbps. 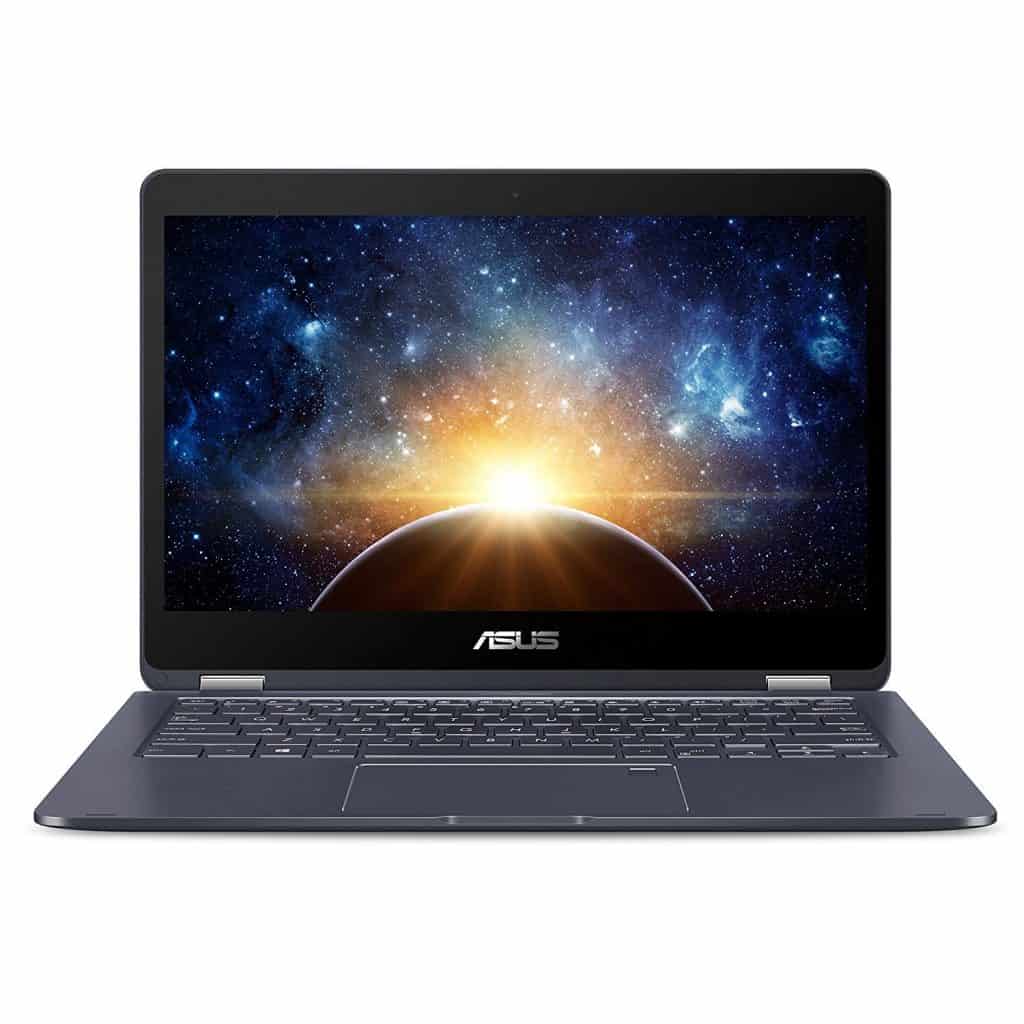 Next, we have Asus NovaGo, which can be filed under the ‘always connected’ category, unlike Surface Pro. With it, you will have a constant connection to the internet, wherever you go. It uses a Snapdragon 835 chip, as well as the Snapdragon X16 LTE Cat 16 modem. Its battery promises to last for as long as 22 hours on a single charge, thanks to the 52 WHr battery.

This model also offers one of the largest screens on our list, with 13.3 inches and a 1,920 x 1,080 resolution. It also comes with an unusual system memory of 6GB, where most of the time, device feature 4, 8, 16, or 32 GB of memory. It has a 128GB storage, and it comes with Windows 10 in S mode. In other words, you won’t be able to download apps from Microsoft Store until you get a Pro or a Home version.

It is also backed by Adreno 540 graphics, and additional goodies, including two USB-A ports, a microphone/headphone combo jack, an HDMI port, a Micro SD card slot, a Nano SIM card tray, and a 720p camera. As for its connectivity, you have Bluetooth 4.1, as well as Wireless N. This is one of the cheaper models on the list, which will cost you around $700. 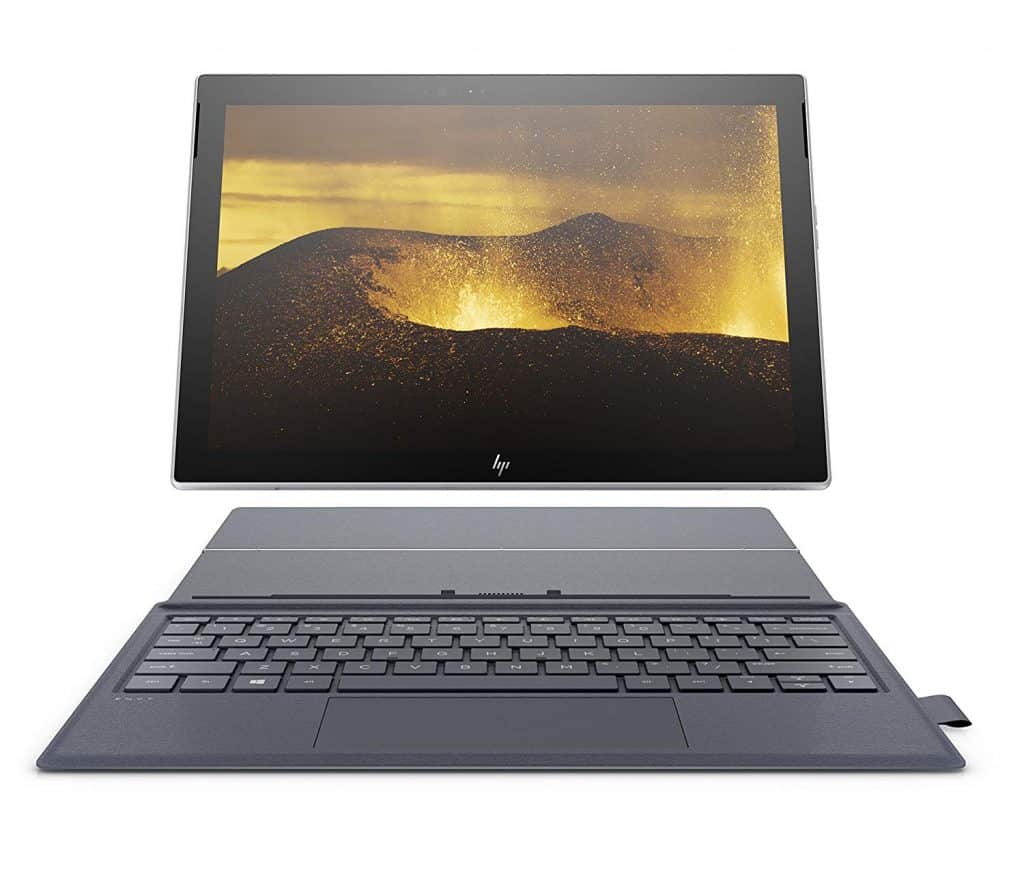 Then, there is HP Envy, which has the same screen size as Surface Pro — 12.3 inches — but it comes with a somewhat lower resolution, at 1,920 x 1,280. However, its similarities with Surface Pro end where it matters most, which is why HP Envy x2 falls under the always-connected devices.

It features Adreno 540 graphics, 4GB of system memory, and Qualcomm’s Snapdragon 835 all-in-one processor. HP Envy also comes with 128GB of storage, a 13MP on its back camera, and HP Wide Vision 5MP on the front. It has a 49WHr battery that is expected to last for about 22 hours, like Asus NovaGo’s.  It also features Bang & Olufsen speakers, one USB-C port (5Gbps), a Micro SD card reader, a Nano SIM card slot, as well as a headphone jack.

In terms of connectivity, this model offers Bluetooth 5, Qualcomm’s Snapdragon X16 LTE Cat 16 modem with 1 Gbps, as well as the good old Wireless AC (867Mbps). As for the price, this model will cost around $900. 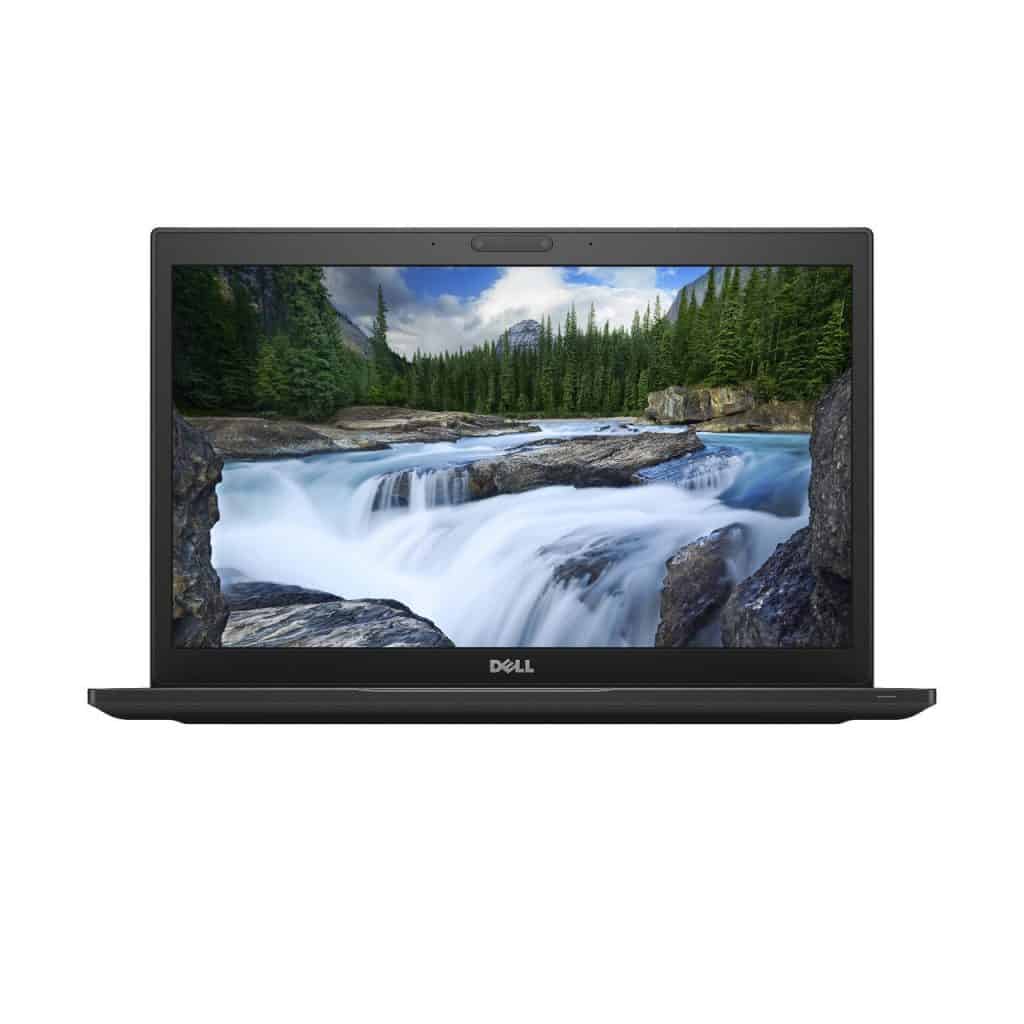 It uses Intel UHD Graphics 620, as well as an average 0.9-megapixel webcam. Its battery life is decent, and it should last you around 8-9 hours. However, the most important thing for this list is its Qualcomm Snapdragon X7 mobile broadband chip, which will let you stay connected to the internet at any time, with or without a Wi-Fi.

This is a pricier model, which can be found for around $1,049. However, it comes with tons of ports, including headphone jack, Noble Loc, Thunderbolt 3, USB 3.1, Ethernet, HDMI, a USD card slot, and more. It also features Bluetooth 4.2, and as for Wi-Fi, you get Intel Dual-Band Wireless-AC 8265 Wi-Fi + BT 4.2 Wireless.

It has a traditional, business look, which makes it perfect for business trips, meetings, and alike. 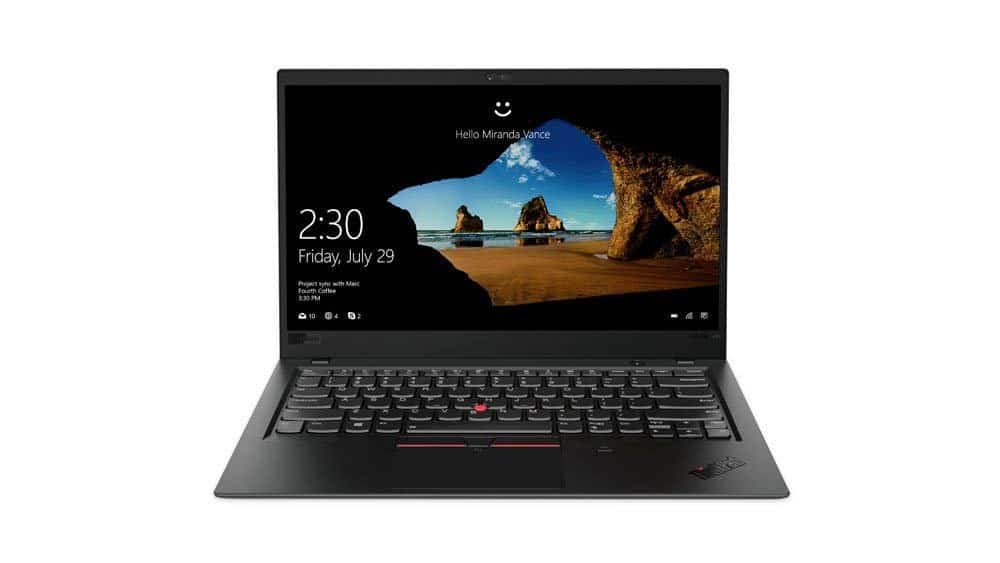 Lenovo ThinkPad X1 Carbon’s price is similar to that of Dell Latitude 7490, starting at around $1,320. The screen is also the same in size, featuring 14 inches. It also comes with four processor options, going from Core i5-8250U to Core i7-8650U. All support the same integrated UHD Graphics 620 component.

The model also features a 57WHr battery, which should last for about 15 hours per full charge. Then, we have ports, including two Thunderbolt 3 ports, two USB-A ports, one headphone/microphone combo jack, as well as a Micro SD card reader. Also, let’s not forget the fingerprint reader, so that you can always log in with no password required, which is a great feature in terms of security.

Finally, let’s talk about connectivity. Lenovo ThinkPad X1 Carbon offers Wireless AC (867Mbps), Bluetooth 4.1, as well as Fibocom L850-GL 4G LTE Advanced Cat 9, which remains optional, but if you choose to take it — it will add at least another $100 to its price. However, it will also provide you with the download speeds of 450Mbps, which is a pretty decent deal. 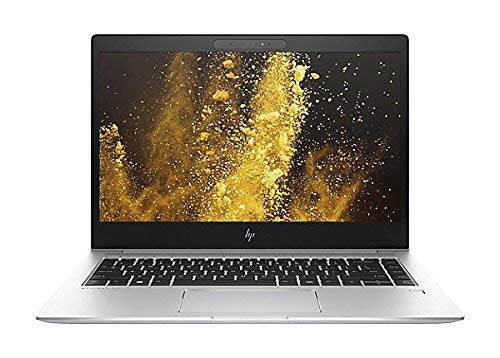 Finally, we have the HP EliteBook 1040. This is likely the priciest model on our list, which costs around $1,589. However, despite the fact that it is still using seventh-gen Intel Core CPUs, the model is actually quite a formidable machine.

It comes with Core i7-6600U, 16GB DDR4 RAM, and a 512GB PCIe SSD. It has a 14-inch touch display, featuring excellent contrast and color. When it comes to ports, there are plenty of them. You have two USB 3.1 ports, a headphone jack, an HDMI port, as well as two USB-C ports. One is for Thunderbolt 3, while the other can be used for charging the laptop, which is a new feature, that was not present in G3.

The model also comes with a fingerprint reader, and a decent webcam, capable of face recognition. Both can be used for logging into windows. Of course, LTE, Wireless, and Bluetooth all come as part of the package here as well. All in all, it is a great option for travel and business, but not so good for gaming, so don’t expect much in that department if you choose this model.

If you are looking for some great solutions for having a constant internet connection while you travel around, this list is bound to present you with some excellent options. You can always go out and search on your own if you don’t like these options, but the fact is that each of them is more than likely to fulfill your needs and desires, whether for business purposes, or simply to remain in touch with the world via your social networks, email, Skype, and by other means.