The competition between AMD and Intel is getting more interesting every day. While Intel has bossed the industry for a long time, AMD has stepped up its game to give Intel a run for its money.

Right now, some gamers would rather settle for an AMD Ryzen processor over the Intel processor. In the past, gamers who choose AMD processors over their Intel counterparts do that because of AMD’s low price. But the price is not the only reason anymore.

With the release of AMD Ryzen’s new series like Ryzen 9 3900X, there is much to be desired. Likewise, Intel’s i9-10920X has added more cores, threads, and more features to improve gaming performance. Our focus here is to compare the features and performance levels of Ryzen 9 3900X and Intel i9-10920X.

The face-off between Ryzen 9 3900X and Intel i9-10920X will be a close one because both of them have similar performance levels. But one is better than the other is certain areas. Your choice would depend on the type of game you play and the features you are looking for the most. But before we begin the face-off, first go over the FAQ section.

The best CPUs usually deliver impressive performance at reasonable prices. If we are basing our comparison on this notion, we can simply conclude that Ryzen 9 3900X is better than i9-10920X. But there are certain features about these two, which could sway the view above. Let’s start with the features of Ryzen 9 3900X.

The Ryzen 9 3900X processor is one beast of a processor with 12 cores and an impressive 24 threads package. This is the first time AMD has gone beyond the 16 threads level of its previous processor series. It is similarly priced with Intel’s i9-9900k processor, but our comparison is on the Intel i9-10920X series.

Ryzen 9 3900X is equipped with the advanced socket AM4 platform and offers support for PCIe 4.0 on x570 motherboards. Other features of the processor include base clock speed of 3.8GHz, 70 MB of game cache, and 4.6GHz maximum boost for overclocking.

To make sure the processor stays within a moderate temperature limit, there is a Wraith Prism cooler for the processor. Whatever type of game you are playing, this CPU is capable of delivering 100+ FPS performance, making it a top-performing processor.

As for i9-10920X, it’s built with 10th generation Cascade Lake technology, with support for Intel Optane Memory. The processor is also compatible with motherboards that are based on the Intel x299 Chipsets. With up to 4.8GHz clocking speed, there is enough power to play virtually all types of games.

Once again, the ever-impressive 14nm manufacturing process is involved in i9-10920X, giving it a solid performance uplift against Ryzen 9 3900X. There is a total of 19.25 MB for L3 cache and 1MB l2 cache per core for i9.

With all the features of Ryzen 9 3900X, we may be asking ourselves if AMD has finally trumped Intel in the area of performance. But this still depends on a lot of other factors. One thing going against Ryzen 9 3900X is the fact that it doesn’t reach the same single-core performance as i9-10920X. This is where i9-10920X has an upper hand. 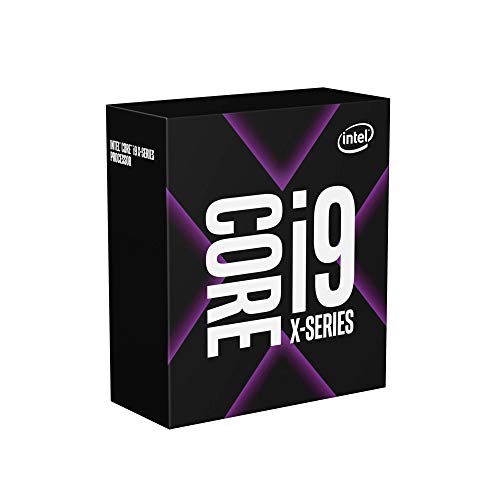 If you spend a lot of time with the Adobe Pro and export 4k content frequently, the i9-10920X will be a much better option for you. Once the processor is overclocked, it runs faster than the Ryzen 9 3900X CPU.

However, the difference is not an overwhelming one. Intel leads slightly, which would not be easily noticed except you are using them simultaneously while running the same program.

The AMD CPU comes out on top in a wide range of other tests. Apart from its cheaper price, it doesn’t require as much cooling as Intel’s i9-10920X.

Also, it does not require quad-channel memory to reach a high level of performance. When you look at Ryzen 9 3900X and i9-10920X, the former does not need so many supporting features to reach a top-performing level compared to the latter.

Nonetheless, Intel’s x299 platform is compatible with many affordable motherboards and offers more PCIe lanes than AMD’s Ryzen 9 3900X. So, although it loses to the more affordable AMD CPU in certain areas, it still retains a massive appeal because it offers more options in terms of multiple graphics card and storage options.

With that, both processors are less alike than they are different, and are not comparable when it comes to platforms. However, if you are looking for top performance in important areas like power consumption and lower heat, AMD is the right one to choose from. But if your interest is in maximum performance in areas like Premiere Pro and gaming, i9-10920X surely wins it here.

Both Intel and AMD processors support overclocking, although they do this on a different scale.

The past years have seen Intel reach more impressive overclock capabilities using ambient cooling technology. I9-10920X can overclock to around 5GHz speed as a result of the cooling mechanism. Actually, without the cooling system, the CPU would not be able to reach that level without issues, considering that the CPU gets unusually hot sometimes.

One the other hand, the Ryzen 9 3900X produces around 4.3GHz overclock speed, which is a bit lower than what i9-10920X offers. But the most interesting thing here is the fact that the AMD processor does this without using an extreme cooling system. The built-in precision overclocking mechanism allows AMD to push the processor to the farthest it can go for overclocking without unnecessary high temperatures.

Generally, AMD processors are cheaper than their Intel counterparts. The same is also applicable to these two processors, although their price difference, this time, is negligible.

AMD has indeed stolen some of Intel’s customers when it introduced the Ryzen 9 3900X. But Intel still stays true to maintain the fact that it’s still the brand most people go to if they are looking for quality and durability. Plus this AMD Ryzen 9 3900X processor is not as cheap as many would have hoped. It’s even close in price comparison with i9-10920X, making it not as attractive as it should be.

For the majority of those who are considering an AMD processor over this Intel model, price is the main reason. So, since Ryzen 9 3900X is not far from i9-10920X in terms of price, the number of Intel to AMD defectors have reduced drastically.

In terms of productivity, AMD certainly showed its strength. From MS Office to the web, our tests show that Ryzen 9 3900X is outpacing i9-10920X. The only areas where i9-10920x seems to maintain its dominance is when it comes to spreadsheet work, photo editing, and video conferencing.

Apart from these areas and the application startup, where IPC and clocks are the determinant factors, Ryzen 9 3900X shows its level of strength again. The AMD processor stands ahead in areas that require more threads and cores, which include Cinebnch, Luxmark, Blender, and Corona.

The AMD also performs well in encoding duties, as it easily stepped over i9-10920X in Geekbench, VeraCrypt AES, and Handbrake. But for single thread applications involving Y-Cruncher, Cinebench R15, and Geekbench, we will give it to i9-10920X.

On the whole, one is better than the other in certain areas and falls short in other areas. The choice lies on you, depending on what performance levels and areas you are aiming for.