Microsoft was the first to introduce the 2-in-1 laptop products into the market. And its long line of 2-in-1 products is not stopping anytime soon. However, other brands have joined the party, and even threatening to push Microsoft, the originator, aside.

Right now, HP’s Spectre x360 and Microsoft’s Surface Pro are battling for supremacy. The two brands may not be in direct competition, but their similar features suggest many users would have a difficult time choosing between the two. To make it even difficult to decide, both brands usually provide updates to their products within the same period. However, despite their similarities, both products are different in certain aspects. We are going to compare the two laptops to find out which model will be ideal for a particular user. 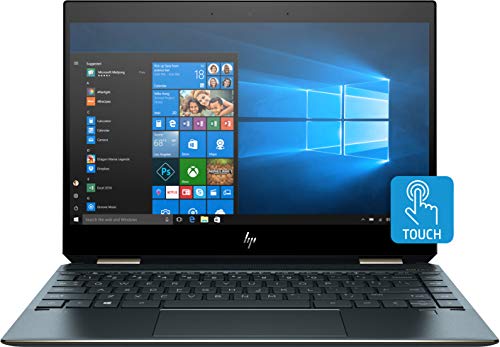 Well, we can’t possibly fault the efforts HP has gone through to make sure the Spectre x360 comes out great in terms of design. It is why HP gave it a nickname, the “gem-cut” version. From the side view, it’s evident that HP took its time to come up with such a design idea. The laptop looks alluring and sleek from outside.

On the other hand, the Microsoft Surface Pro 7 is quite similar to its previous version. There is nothing new that we have not seen before in the last version. It still maintains that typical slim and sleek look. The design is impressive, but users have seen it before in the previous model. However, the only improvement is the addition of more color options for users. Now, the Alcantra fabric and aluminum chassis on the keyboard come in four different colors: Black, Cobalt Blue, Burgundy, and Platinum.

So, when it comes to exceptional design, we give it to Spectre x360. 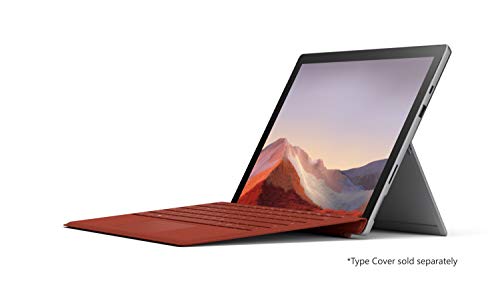 The Spectre x360 comes with one of the best keyboards. It has a precise and snappy feel, as the keys offer excellent travel. That’s about the same thing with the Surface Pro 7. But the Surface Pro has a more impressive Precision touchpad thanSpectre’s Synaptics touchpad. Both of these laptops support active pens, and they also have touch displays for better usability. When you put both in a tablet form, HP’s Spectre is more comfortable to draw and write compared to the Surface Pro 7.

This is one area where there is a significant difference between the two laptops. The Surface Pro 7 comes with USB-A3.1and USAB-A3.0 ports. It also has surface connect port and well as ports for connecting 4K monitors.

On the other hand, Spectre x360 comes with USB-3.1 port and Thunderbolt 3 ports. It has USB-C ports and smaller ports for connecting additional peripherals like GPU enclosures and multiple 4K displays.

The Spectre x360 has the 8th generation Intel Core processor while the Surface Pro 7 comes with a 10th generation processor. Both of the laptops have the Intel Core i5 CPU. Of course, you can upgrade to Core i7.

When it comes to speed, both of the laptops perform well, but Surface Pro 7 has the edge over Spectre. Also, both laptops make use of fast PCIe SSD, which makes them fast to access and save data. Performance-wise, these two laptops are almost equal. They share similar features and can be upgraded for more enhanced performance.

The display size for Spectre (13.3-inches) is more significant than that of surface Pro (12.3-inches). The difference is not much, but it could reflect on its design and portability in general.

Surface Pro 7 has an excellent display with sharp image quality. Spectre also has a good display, but Surface Pro 7 is far better in this area. So, if you’re looking for a laptop with an impressive display, it would be better to choose the Surface Pro 7 over Spectre x360. Although Spectre has more current components, Surface Pro 7 performs better when it comes to displaying quality.

Generally, 13-inch laptops are always light and easy to carry. These laptops are no exception. They are both lightweight, but one is still more portable than the other. At 1.7 lbs, Surface Pro 7 is lighter than Spectre that’s 2.93 lbs in weight.

The design of Surface Pro 7 also makes it more comfortable to hold or tuck in your laptop bag. As we mentioned earlier, the two laptops are very portable since they are 13-inch laptops. We will give it to Surface Pro 7 when comparing both laptops for their lightweight features. But when you look at it in terms of portability, Spectre could take the lead even though it’s heavier.

When we talk of portability, we should also talk about how easy we can use it outdoors. For the Spectre, it’s easier to work with the laptop without charging it for a long time. Surface Pro 7 also lasts long, but it’s nothing compared to Spectre. If you are looking for a laptop with enough battery power to keep you working when it’s not plugged, the Spectre model is a better option.

We have seen how Microsoft Pro 7 and Spectre x360 are similar and different. Microsoft Surface 7 is the newest version of the Surface Pro lines of laptop. It surely looks stylish but not entirely different from the Pro 6 model from the same brand. On the other hand, HP Spectre is an entirely new approach from HP. It is one of the most stylish the brand has ever produced. Interestingly, the laptop comes packed with lots of features as well.  If HP wants to give Microsoft a run for its money with this laptop, it has undoubtedly succeeded.

The following are answers to the questions usually asked about Microsoft Surface Pro 7 and HP’s Spectre x 360:

Is HP Spectre a good laptop?

Yes, the Spectre is a stylish laptop with reliable performance and excellent battery life. It’s one of the best 13-inch laptops in the market right now.

Can I use the Surface Pen on Spectre x360?

Yes, the pen has the same configuration as HP’s pen. So, it should work fine.

Between Surface 7and Spectre x360, which has a longer battery life?

The Spectre x360 lasts longer than the Surface 7.

Both have advantages over the other, so it will be difficult to say which is better. For example, while the Surface has a better picture display, Spectre has a longer battery life than Pro 7. So, it depends on what is more important to the user.