The Central Processing Unit (CPU), also known simply as the processor, is considered the heart of a computer system. Despite what the title of this post says, a CPU very seldom fails and if it does, there’s nothing much that an average user can do about it, in a sense anyway. This post is intended to educate a user on the things to watch out for as opposed to providing concrete steps to make a failed CPU work again. If you’re looking for a more technical guide on how to resuscitate a failed CPU, we suggest that you look for other guides.

Before we proceed to the main topic, we would like to remind you that we accept requests for assistance regarding their Windows computers. If you have a problem that you can’t seem to find a solution to, send us your issue by following the link at the bottom of this page. Just remember, windows problems can sometimes be difficult to diagnose so kindly make sure that you give us very detailed description of the problem. You want to mention relevant history that may have led to the issue. The more information that you can provide, the higher the chance of us diagnosing the issue more efficiently. We also expect that you mention whatever troubleshooting step/s that you may have done before contacting us in order to prevent repeating them in our article. Again, the more details you can give us, the faster it is for us to pinpoint the cause and its corresponding solution.

Symptoms of a CPU failure

By design, today’s computers won’t load the operating system if an essential component like a CPU is not working. In other words, the usual boot up process can’t be completed as POST or Power-On Self-Test will indicate that a critical component is missing in the system. Other components such as fans, hard drive, and the motherboard in general will continue to work but the boot up process will eventually end up in a blue screen of death error. Still, there are other observable symptoms before and during a CPU failure that you must be aware of. Knowing them can help you identify the problem faster, shortening downtime.

Lock ups and overheating immediately before PC shuts down. If you noticed that your computer had lock up instances before the final crash, one of the things that you should consider is a bad CPU. It may have overheated causing the system to shut down automatically to prevent further damage. A CPUhas a built-in fan to keep itself cool but if the fan fails for some reason, the CPU can temporarily overheat. This is one of the reasons why you should ensure that all fans in your computer are checked and cleaned once every year. Dust can sometimes choke fans so keeping it away regularly can make or break a system. If your CPU appears to suffer from frequent overheating, consider cleaning its fan first. If that won’t work, check the BIOS to see if there’s a way for you to lower its RPM. Doing so may have significant impact on performance, especially if you’re using your computer for graphics-intensive activities but it can also be the only effective remedy short of replacing the CPU.

Keep in mind that prolonged overheating can permanently damage the CPU. If you are 100% sure that the CPU is overheating (some motherboards have diagnostic tools to let you monitor the CPU’s temperature), find a way to lower the temperature down, or consult an expert how to fix it.

Beeping. As mentioned above, your computer runs a self check (POST) to verify if all the essential peripherals are working or not. If the test will find out that the CPU is not working, the boot up process will then be interrupted and the motherboard will produce a beeping sound. The beeps are actually codes that helps a technician identify the problem so make sure that you take note how many beeps there are. You can then search Google what the beep code means.

Like any other electronic component, the CPU can die for simple reasons. Below are the items that you should minimize in the system if you want to lengthen a CPU’s lifespan.

Heat. A working CPU generates heat but if heat levels go beyond the normal threshold, the CPU can die from it. Again, never underestimate the power of fans. There’s a reason why extensive cooling systems are expensive. If possible, put the computer in an air-conditioned room so heat build up becomes slow. 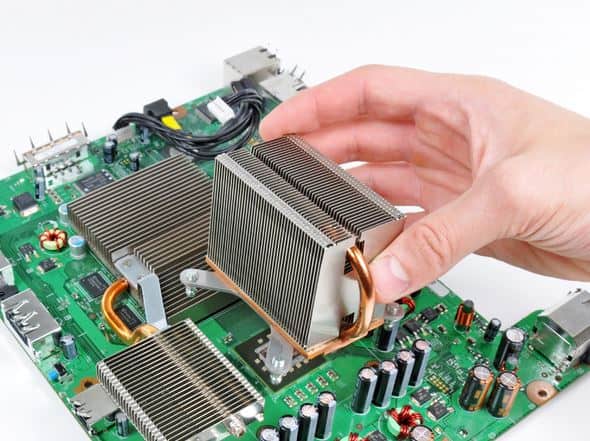 Aging. Some processors can outlive all other components but most of the time, you can expect an old CPU to just give up anytime. If you have an older system (over 5 years old), the CPU can suddenly die even if it’s taken care of properly. The first component in the CPU assembly that usually gives up is the  fan. Over time, this moving part simply reaches its natural limit and there’s nothing that you can do about it. There are millions of transistors in a CPU and if one of two stop working, the CPU may malfunction if it does a specific task. This one is difficult to check directly so if you’ve ruled out all possible causes, the only thing that you can do is to replace the CPU.

Undue stress or overclocking. CPUs are rated based on their clock speeds. Some CPUs are designed to allow faster clock speeds for enhanced performance but this comes at a price. Overclocking can add stress to the unit, shortening its overall lifespan in the process. In other words, you are trading longevity of the CPU for more processing power, which is not entirely bad. If you have the resources to get a faster CPU though, we suggest that you do so instead of overclocking.

Power surge or unstable voltage. Many of today’s processors are so reliable they can run continually for years without breaking down. However, if you are in an area with frequent lightning storm or unstable power lines, a power surge can effectively kill a processor, if not the rest of components in the motherboard. Try not to connect your computer directly to the wall outlet. If possible, use a surge protector to safeguard your computer from sudden power spikes.

Bad motherboard. A motherboard is a sophisticated interconnection of many different components and sometimes, even one bad capacitor can cause another component to fail. Try to do a visual hardware check on the motherboard and watch out for leaking or bulging capacitor. If you find one, there’s high probability that it’s causing the CPU to fail.

How to troubleshoot a failing CPU

A CPU either works… or not. If properly installed, a CPU will work until it dies, unless it something drastic happens like a power surge, lightning strike, severe motherboard damage. That said, if a CPU appears to be not working anymore, the best thing that you can do is to replace it. Period.

If nothing happens during boot up, that is, the display remains blue or black and you suspect a processor failure, you must do the following steps:

How to prevent CPU failure

Despite its reliability, you want to make sure that your computer’s CPU lives to its fullest. Because overheating is often the most common reason for CPU failure, here are the things that you must do to prevent it.

Monitor the CPU’s heat levels. High quality motherboards provide a monitoring tool for CPU temperature and fan speed within BIOS so make sure to use it. Again, how the monitoring tool is implemented depends on the motherboard you have so use the accompanying documentation for reference. Monitoring tools in BIOS are designed to be user friendly so you may even have the capability to use a mouse. Temperature readings are often in plain form so you can understand them and if you’re lucky, there may be a reference on what’s normal and not.

In case you can’t establish the baseline temperature, you must figure it on your own by noting what the CPU temperature is when it’s on idle state. After that, you then need to put the CPU under load so you can also take note of its operating temperature. If you run the motherboard monitoring program, set reasonable tripwire values for temperatures and configure the program to notify you when those temperatures are exceeded.

Use good CPU coolers. CPUs bought in retail stores include stock coolers but if you can afford quality third party coolers, go for it. Aftermarket coolers are usually more efficient than the stock cooler but they can also be noisier so make your choice depending on your need. If you’re after good performance, go ahead with aftermarket ones. If you are the one installing the cooler, make sure that you clean the processor surface properly before you apply the thermal compound. Also, make sure that the heat sink fits snugly in the processor. 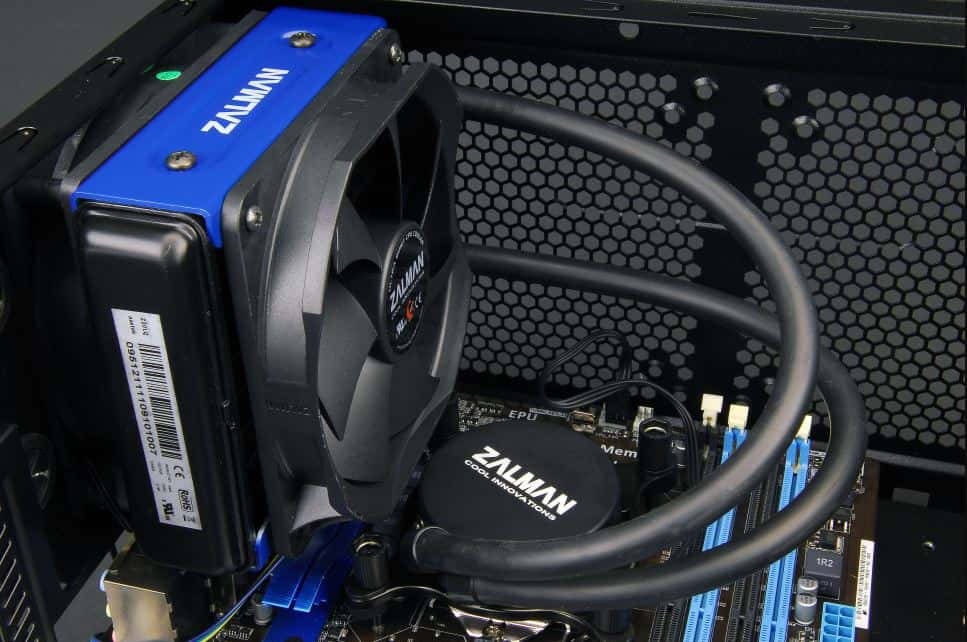 Clean the tower regularly. This is self-explanatory but again, we can’t emphasize enough the need to minimize dust inside the tower. Dust can clog vents, reducing airflow to the processor and other components.

Use Thermally Advantaged Chassis (TAC).  TAC is a fancy term for more advanced case designed to direct extra heat away from inside components (outside). TACs can be expensive but it can be an effective method to minimize heat inside the case. If you have the resources, we suggest that you use it instead of a standard case.

Location, location, location. Placing your computer near a heat source in whatever form is a big no-no. A cool, dry place is okay but a climate-controlled room is better. Computers, if the can, would choose a colder environment over a hot one any day so make sure that you help it get it wants.

We are here to help

If you are having a problem with your Windows computer, don’t hesitate to let us know about it. We understand how frustrating computer problems can be so, more so if you can’t find the right solutions at all. Our blog exists to help PC users and Windows community deal with their problems effectively. To engage with us, just fill out the questionnaire in this link and wait for our articles to be published. In order to help as many people as possible, we only provide our solutions via posts so please don’t expect that we will respond to your emails or private messages. By making all posts public, we can share our solutions to other users in a more efficient manner. We cannot guarantee a quick response so if your issue is time sensitive, please find another way to resolve your problem.